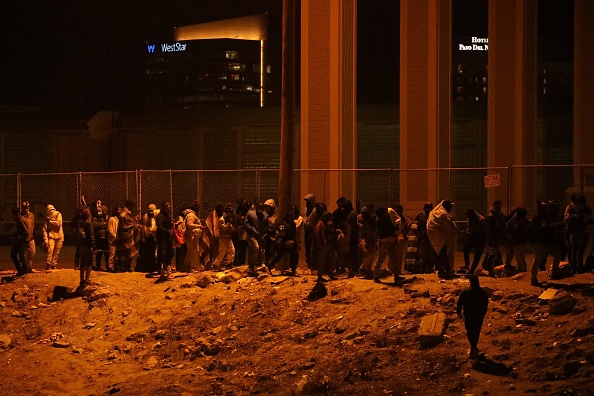 (EL PASO, Texas) — The Texas National Guard has deployed a “contingency border force” of over 400 personnel to El Paso, TX, as the city continues to deal with a surge of asylum-seekers arriving at the border.

The Texas Military Department said the deployment is part of Governor Abbott’s “enhanced border security effort” and will include a Security Response Force comprised of “elements” from the 606th Military Police Battalion “trained in civil disturbance operations and mass migration response.”

A spokesperson confirmed to ABC News that these types of Security Response Forces are also sometimes dispatched to large protests, like those that rattled the country after the murder of George Floyd by police in Minneapolis, MN.

“The equipping of riot shields would be mission dependent and based on the situation in their area of operation,” the spokesperson said.

The move came hours before Supreme Court Chief Justice John Roberts issued a temporary stay on an order that would end Title 42, a Trump-era health policy used over 2.4 million times to expel and prevent migrants from requesting asylum in the United States, citing the risk of COVID-19 spread.

In November, a U.S. district judge ruled that the policy was “arbitrary and capricious” and ordered it to end. A coalition of 19 states appealed that judge’s decision, now the Supreme Court will weigh that appeal, but it’s unclear when their final ruling might come.

El Paso saw a sharp increase of asylum-seekers in recent days leading up to the Title 42 deadline, with U.S. Border Patrol making over 2,200 apprehensions on average per day this month.

“Texas National Guard is increasing its posture along the border in response to high levels of illegal border crossings over the past week and the pending expiration of Title 42. The end of Title 42 is expected to lead to a massive influx of illegal immigrants, allowing criminals to further exploit gaps while federal authorities are inundated with migrant processing,” the Texas Military Department said in a statement before the stay was issued.

The Security Response Force is used to “safeguard the border and repel and turn-back” some immigrants, TMD said, adding that a second one will be on standby and ready to deploy to El Paso, or other parts of the border. The deployment is also part of a statewide effort to stem the flow of immigrants attempting to come into the country.

Texas Gov. Abbott is among the leaders that joined the appeal to prevent Title 42 from ending.

“If the courts do not intervene and put a halt to the removal of Title 42, it’s gonna be total chaos,” Abbott told ABC’s “This Week” co-anchor Martha Raddatz before the stay was issued.