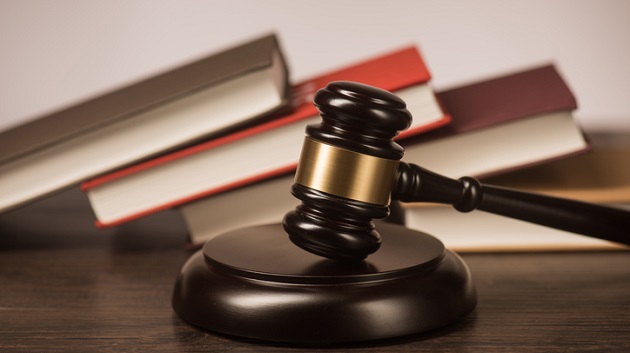 (AUSTIN, Texas) — The Texas Board of Pardons and Paroles has ordered a court to consider new evidence regarding the case of Melissa Lucio and the death of her daughter, Mariah. Lucio is on death row and was scheduled to be executed on April 27.

The execution will be halted as the 138th Judicial District Court of Cameron County considers the evidence.

In a statement following the announcement, Lucio thanked those who have supported her fight for clemency.

“I thank God for my life,” Lucio said. “I am grateful the Court has given me the chance to live and prove my innocence. Mariah is in my heart today and always. I am grateful to have more days to be a mother to my children and a grandmother to my grandchildren.”

Lucio was sentenced in 2008 for the death of her 2-year-old daughter, one of Lucio’s 14 children.

Her lawyers say new evidence shows that the cause of her daughter’s injuries and subsequent death were caused by a fall down a steep staircase outside their apartment in Harlingen, Texas.

They say Lucio was coerced into a false confession after hours of intense police interrogations.

A supplementary filing submitted by Lucio’s attorneys asserts that the conviction was based on a false confession and false or poor testimony from medical examiners and specialists. They are asking the court to withdraw its order setting Lucio’s execution date.

The filing states that there is “overwhelming evidence that the judgment this Court set for execution on April 27, 2022, represents a miscarriage of justice.”

Lucio had said she is “at peace” regardless of the decision, according to a recently released statement.

“Either way I will get my freedom soon,” the statement read. “I will go home to my family or go to heaven. If I get a new trial, I am ready for the fight. I am not the same person I was in that interrogation room. I would stand up for my rights today. I want other survivors of domestic violence and assault to stand up for their rights too.”

In the days leading up to Lucio’s clemency hearing, political and social justice figures held rallies and prayer vigils to protest her death sentence.

“Melissa Lucio checked all the boxes of the ideal culprit, right? She is a little Latina mom with too many children, with a drug addiction,” Sabrina Van Tassel, the director of the documentary “The State of Texas Vs. Melissa,” said at a press conference Sunday.

“After a three-year investigation, I’m here to tell you that she’s not … The world’s not going to be a better place if Melissa Lucio is executed tomorrow,” Van Tessel said.

“She’s more worried about her kids than anything,” Bobby Alvarez, Lucio’s son, said in an interview with ABC station KVUE in Austin, Texas.

On Monday, a petition delivery and prayer vigil will be held outside Abbott’s office at the Texas State Capitol, as protesters await action from the state district attorney, the Texas Board of Pardons & Paroles or Abbott.

Celebrity Kim Kardashian has also spoken out against the planned execution online.

“So heartbreaking to read this letter from Melissa Lucio’s children begging for the state not to kill their mother,” she wrote. “There are so many unresolved questions surrounding this case and the evidence that was used to convict her.”

If Lucio is executed, she would be the first Latina to be put to death by Texas and the first woman to be executed by the state since 2014.

Editor’s note: An earlier version of this story incorrectly stated when Lucio was sentenced. It has been updated.