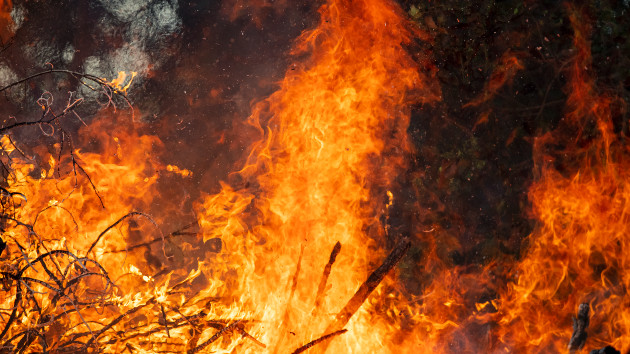 (AUSTIN, Texas) — As wildfires continue to blaze through central Texas, one particular fire named Das Goat Fire has prompted Gov. Greg Abbott to declare a state of disaster, saying these wildfires pose an imminent threat of widespread or severe damage.

The Das Goat Fire resulted from a vehicle fire on Friday in Medina County and has now spread across the county and burned over 1,000 acres so far.

In a recent press conference, the governor said 19 state agencies and over 200 firefighters were currently responding to the disaster.

“The State of Texas continues to collaborate with local officials on the ground and respond to fire activity to keep Texans safe,” Abbott said.

Three homes have been lost and 37 others have been threatened, according to the governor.

Due to the high winds, dry heat and drought conditions, many areas throughout Texas will remain under a high to extreme elevated fire risk.

For those who may have been displaced or evacuated due to the fire, there is shelter currently at Loma Alta Middle School and more shelters will soon be announced.