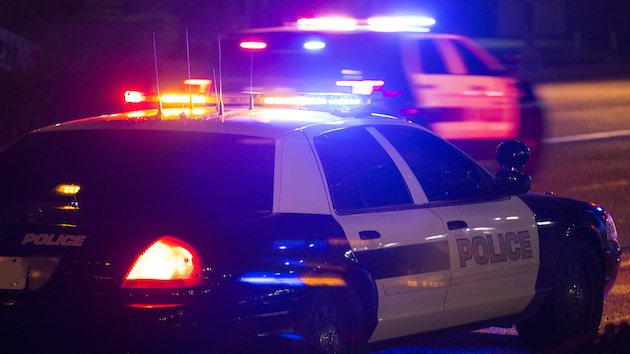 (MINNEAPOLIS) — The teen who filmed the murder of George Floyd by former police officer Derek Chauvin said that her uncle was killed Tuesday in a fatal car crash involving Minneapolis police.

In a Facebook post, 18-year-old Darnella Frazier said her uncle Leneal Lamont Frazier died after police collided with his car while they were chasing a carjacked vehicle. Officials from the Minneapolis Office of Police Information said the driver of the stolen car was involved in several robberies and refused to stop for police.

“Minneapolis police killed my uncle,” Darnella Frazier said in the post. “Another black man lost his life in the hands of the police … I couldn’t accept what I was hearing and still can’t. Some things just take time to process.”

The fatal collision took place at the intersection of 41st Avenue North and Lyndale Avenue North in Minneapolis, according to police. A third car was also caught up in the collision.

Minneapolis Office of Police Information officials said that both the driver of the uninvolved car and the officer were taken to the hospital, where the driver died shortly after. The officer was treated for non-life-threatening injuries.

In her social media post, Darnella Frazier described her final moments with her uncle, saying Minneapolis police is responsible for the family’s “big loss.”

“I was just with you at the beach,” she wrote. “If I would’ve known that would be my last time seeing you, I would’ve hugged you so much longer, told you ‘I love you’ way harder.”

During the Chauvin murder trial, the teen took to the witness stand to recount the pain she said she has experienced since witnessing Floyd’s murder.

Chauvin, a former Minneapolis police officer, was convicted of second-degree unintentional murder, third-degree murder and second-degree manslaughter and was sentenced to 22 1/2 years in prison for Floyd’s death.

Frazier, who was 17 at the time of the incident, told prosecutors in March that she continues to harbor a lot of guilt and trauma.

Foul fumes in South Jersey have been contained and identified, officials say

Three-month-old boy dies after being left in hot car: Police

Three dead after home explodes in Indiana, officials say; cause under investigation