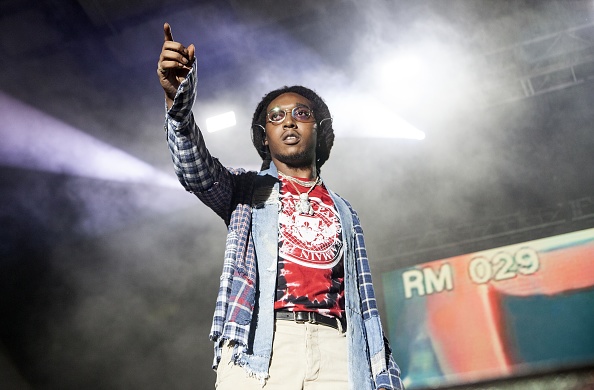 (HOUSTON) — A suspect has been arrested and charged with murder in the fatal shooting of Migos rapper Takeoff, Houston police said Friday.

Patrick Xavier Clark, 33, was arrested Thursday evening in Houston and “charged with the murder of Takeoff,” Houston Police Chief Troy Finner said during a press briefing.

Takeoff, whose real name is Kirshnik Khari Ball, was shot and killed outside the 810 Billiards & Bowling in downtown Houston around 2:30 a.m. on Nov. 1 following a private event, police said. He was 28.

A 23-year-old man and a 24-year-old woman also suffered non-life-threatening injuries in the shooting, police said.

Police said at the time that an argument between some of the party guests “led to multiple unknown males firing pistols at each other.”

There was a “lucrative dice game” during the event, followed by an argument outside the venue, Houston Police Sgt. Michael Burrow said during the briefing.

Investigators were able to determine that Clark was the alleged shooter of Takeoff through shooting reconstruction and ballistics evidence, Burrow said. Police have also obtained cellphone and surveillance footage that has “surfaced over time,” he said.

Police have urged the public to come forward with tips in the days and weeks since.

Around 30 people were at the scene went the shooting happened, and police are still looking to speak with those who were there, Burrow said.

“Literally every one of those people left the scene without leaving a statement,” Burrow said. “It’s important that those people come forward.”

Amid the investigation into the shooting, a man was recently charged with two counts of felon in possession of a weapon for allegedly having a gun at the time Takeoff was fatally shot, ABC Houston station KTRK reported.

Takeoff was part of the Grammy-nominated hip-hop trio Migos, which formed in 2008 in suburban Atlanta and gained mainstream recognition and rose to stardom in 2013 with their song “Versace.” His uncle Quavo, who was present when the shooting took place but unharmed, and his cousin Offset were also part of the trio.