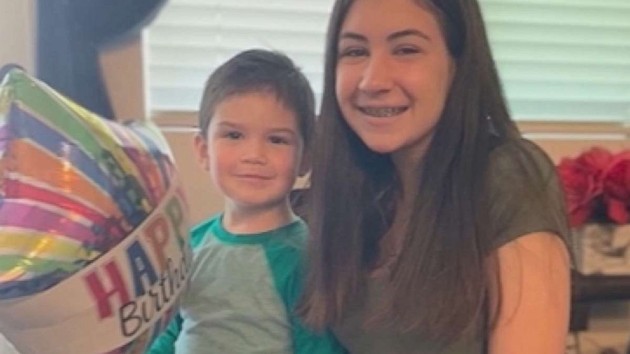 (LOS ANGELES) — Two people have been arrested in connection to the shooting death of 6-year-old Aiden Leos, who was killed during a road rage incident in California last month.

Marcus Anthony Eriz, 24, and Wynne Lee, 23, were arrested at their home Sunday in Costa Mesa, California, according to the California Highway Patrol. They are expected to be charged with murder, CHP said.

Aiden was shot and killed on May 21 as his mother, Joanna Cloonan, was driving him to school in Yorba Linda. She said a white sedan cut her off abruptly while she was in the carpool lane driving northbound on the 55 Freeway. Someone in the vehicle then opened fire on Cloonan’s car, striking Aiden in the back seat.

“They took my son’s life away,” Cloonan told ABC News in an interview last month on Good Morning America. “He was beautiful and he was kind and he was precious, and you killed him for no reason. And I want to find them and I want there to be justice to be served for my son.”

“While these arrests will not ease the pain of a mother’s loss, my hope is for the Leos family to have some peace of mind and to rest assured the CHP will work with the Orange County District Attorney to bring justice for Aiden,” CHP Commissioner Amanda Ray said in a statement Sunday.

Authorities said Cloonan and Aiden were in a silver Chevrolet Sonic when they were involved in a “road rage incident over a perceived unsafe lane change.” That’s when at least one round was fired from a Volkswagen into the back of Cloonan’s car, killing Aiden.

“He meant the world to me, and it feels like my life is over,” Cloonan said after the shooting. “That was my baby. I’ve never, never thought pain like this could exist.”

A memorial for Aiden, according to ABC Los Angeles station KABC-TV, was held Saturday.

A reward for helping find the person who fatally shot Aiden climbed to $500,000 in recent days.