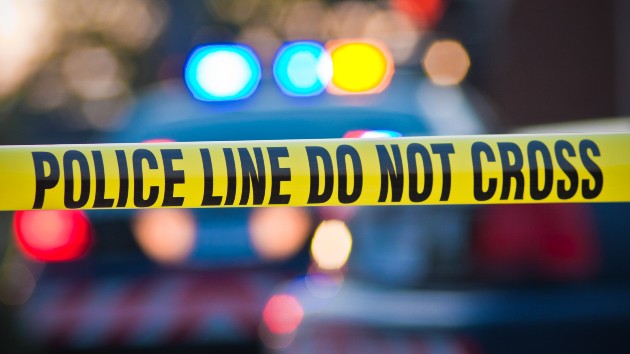 (LEVELLAND, Texas) — Four law enforcement officers were shot and one was killed by a suspect barricaded in a home in Levelland, Texas.

Levelland police officers came under fire at about 1 p.m. Thursday from a person who was locked and barricaded inside a home, police said. They had previously received a call from a citizen who said their neighbor was “acting strange and appeared to be walking around with a large gun,” police said. The Lubbock County Sheriff’s Office SWAT Team was called to assist Levelland police officers at 2:15 p.m. local time.

Officers made brief contact with the suspect, but they said he was very hostile and didn’t want to talk to police. Minutes later, they said “he opened the front door of his residence and opened fire. Officers returned fire but suspect did not appear to be hit.”

SWAT Commander Sgt. Josh Bartlett was struck by gunfire shortly after arriving to help the Levelland Police Department. He was taken to Covenant Medical Center in Lubbock where he was later pronounced dead, according to the Lubbock County Sheriff’s Office.

“We appreciate the public’s support during this difficult time and ask for continued prayers for his family, both blood and blue,” the sheriff’s office said in a statement.

Three other law enforcement officers, including one other Lubbock sheriff’s deputy, a Hockley County sheriff’s deputy and a Levelland police officer, were shot, according to officials.

One of the injured officers, Sergeant Sean Wilson, is out of surgery and is in critical but stable condition, authorities said. The others were treated and released.

The suspect was arrested following an 11-hour standoff with police.

Levelland Police Chief Albert Garcia and Lubbock County Sheriff Kelly Rowe said at a press conference Friday morning, around 1:30 a.m. ET, that the standoff was over, and the suspect was in custody. He has now been identified as Omar Soto-Chavira, 22.

Police said Soto-Chavira is known to law enforcement and they have had prior contact with him.

“Our community mourns the loss of Sgt. Josh Bartlett, with the Lubbock County Sheriff’s Office SWAT team,” the Levelland Police Department said in a statement. “He gave his life in the defense of the citizens of Levelland today. We send our heartfelt prayers to his family, both blood and blue. Thank you for your service, Sgt. Bartlett. It is a debt we can never repay.”

Levelland is located about 30 miles west of Lubbock.