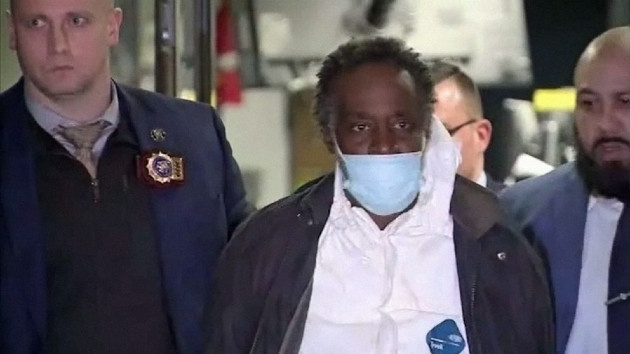 (NEW YORK) — The man accused of pushing a New York City woman to her death in front of an oncoming subway train in January was deemed unfit to stand trial at a court hearing Tuesday in accordance with findings from a psychiatric evaluation.

Simon Martial, 61, will now be sent to a psychiatric facility under the custody of the city’s Department of Mental Health and Hygiene, according to Manhattan District Attorney Alvin Briggs’ office.

The DA’s office did not contest the determination, but told ABC News that the office will continue to review the case and pursue Martial’s conviction.

Michelle Alyssa Go had been standing on the southbound N/Q/W/R platform at Times Square station on Jan. 15, looking at her phone, when she was suddenly shoved, unprovoked, onto the tracks, police say. She was pronounced dead at the scene just weeks after celebrating her 40th birthday.

Martial, who is homeless, fled the station but turned himself in later that day, according to police. He was charged with second degree murder.

Though police have not classified the tragic attack as a hate crime, Go’s death heightened anxiety around a rise in anti-Asian sentiments and violence, weighing heavily on many as they came together for vigils in Times Square and San Francisco’s Chinatown in honor and remembrance of the Fremont, California, native and several other Asian crime victims back in January.

Go was a consultant for Deloitte and a longtime volunteer and advocate for the homeless, according to ABC affiliate WABC-TV.

Her family released a statement describing her as a “beautiful, brilliant, kind, and intelligent woman who loved her family and friends, loved to travel the world and help others.”