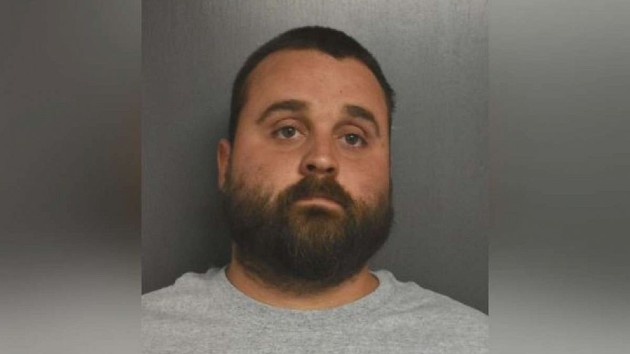 (PENSACOLA, Fla.) — Officers have arrested a suspect in connection to an alleged attempted kidnapping that was captured in a “chilling” video, authorities said.

The incident occurred around 7 a.m. Tuesday in Pensacola, Florida. According to the Escambia County Sheriff’s Office, which released the video, an 11-year-old girl was waiting at a bus stop when a man armed with a knife exited a white Dodge Journey and allegedly tried to kidnap her.

The video shows a man running toward a girl sitting on a patch of grass by a backpack. The girl attempts to run away before he grabs her. As he pulls her back toward the car, they both fall to the ground, at which point the girl breaks free, grabs her backpack and runs away. The man gets back in the car and drives off.

Deputies arrested Jared Paul Stanga, 30, and have charged him with attempted kidnapping of a child under 13, aggravated assault and battery.

Deputies worked quickly to find the suspect, the sheriff said, searching for surveillance video, tracking down witnesses and going house to house. About 50 deputies scoured the area, including on bicycle units, Simmons said.

“We understand that we only had a short period of time,” Simmons said. “We wanted to make sure they didn’t ditch this van, they didn’t leave town.”

The investigation led deputies to Stanga’s home, where they found him wearing clothes that matched those worn by the man in the video, Simmons said. He also had a similar vehicle as the one sought by officers, though its silver bumper was freshly painted black, Simmons said.

The suspect also allegedly had “blue slime” all over his arms, Simmons said. During the attempted abduction, the girl was playing with a blue slime, the sheriff said.

Stanga has an “extensive” criminal history, including a previous charge involving a sex offense with a child, according to Simmons.

“Our concern is this wasn’t his first try,” said the sheriff, who was “shocked” something like this happened in Escambia County.

About two weeks ago, the suspect allegedly approached the 11-year-old girl, who told her parents, teachers and principal, Simmons said.

“She knew something was wrong,” he said.

Following the incident Tuesday, the girl is safe with her family, authorities said. Simmons hailed her as a hero.

“We got the information out so quickly that … our suspect tried to paint his car,” he said.