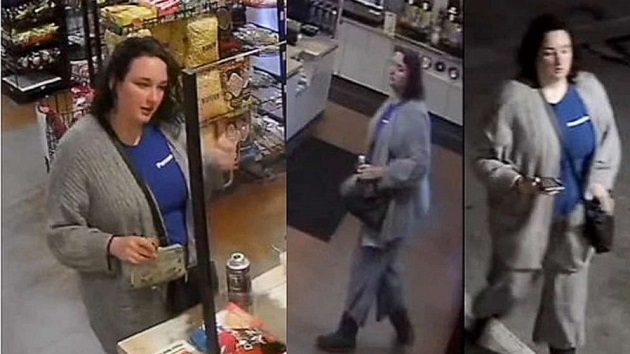 (FERNLEY, Nev.) — A suspect in the alleged kidnapping of a Nevada teenager who was last seen in a Walmart parking lot has been arrested, authorities said Friday.

The Lyon County Sheriff’s Office said it has also impounded a pickup truck that was “possibly involved” in 18-year-old Naomi Irion’s disappearance, which has since spawned a nationwide search.

The suspect was identified by the sheriff’s office as Troy Driver, 41, of Fallon, Nevada. He is being held on kidnapping charges.

She was last seen inside her car in the parking lot of a Walmart in Fernley, Nevada, outside Reno, according to the sheriff’s office. Surveillance video captured a man getting into the driver’s seat of her car and leaving in an unknown direction with Irion in the passenger seat.

Investigators had previously identified a Chevrolet pickup truck whose driver they believed may have a “direct connection” to her current whereabouts, said the sheriff’s office, which released an image of the vehicle while urging the public to help locate it.

The sheriff’s office has also released multiple photos and a video of the man authorities say entered Irion’s car. He has a distinct gait that investigators hoped would help in identifying him.

Detectives have not publicly released surveillance video showing the exact moment the suspect gets into Irion’s car, citing the nature of the ongoing investigation. According to her brother, Casey Valley, who said he has seen the video, Irion was sitting in the driver’s seat, but the suspect “did say or do something to Naomi to make her move over.”

Irion was waiting for a shuttle bus on March 12 around 5 a.m. to take her to her job at Panasonic Energy of North America in the Reno area. Valley, who lives with Irion, reported her missing the following day when she never came home from work.

Irion’s family has made multiple public pleas for her safe return.

“We need everyone’s help across the nation because the incident happened so close to [Interstate] 80,” her mother, Diana Irion, said during a press event earlier this week. “She could be anywhere, anywhere in the nation.”

“Please save my daughter and bring her home,” she said.