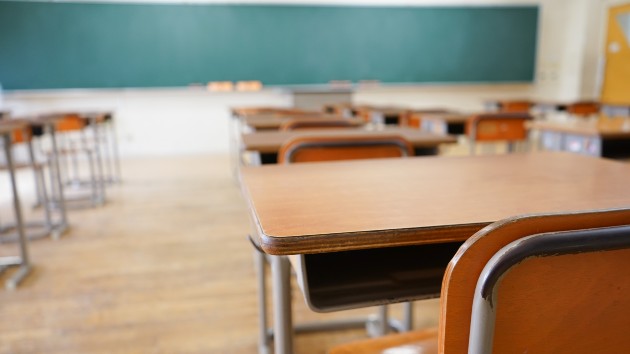 It’s against this backdrop — rising COVID cases due to an aggressive new variant and lagging vaccination numbers — that the nation’s estimated 56 million students grades K-12 return to the classroom full-time in the coming weeks, many of them for the first time since the pandemic shuttered schools in March 2020.

Here’s what to know about schools reopening:

The U.S. Food and Drug Administration lowered the age of people eligible to receive the vaccine from 16 to 12 in May, citing evidence from clinical trials that the two doses were safe and effective in kids in preventing the symptoms caused by COVID-19. Studies also have shown that vaccination prevents the chances a teen could spread the virus.

But U.S. teens have been slow on the uptake.

That leaves large populations of high schools and middle schools — which are often overcrowded, making social distancing difficult — unprotected against the virus, particularly as daily COVID cases have jumped 86% in the last three weeks.

For younger children, ages 5-11, Pfizer said its clinical trials are under way now to see if a smaller dose of the vaccine would be as effective. Company officials said they plan to seek authorization for kids younger than 12 in September or October, paving the way for elementary-age children to be fully immunized by the end of the year.

Last year, schools were found not to be super-spreaders so long as students and staff consistently wore masks and took other steps to prevent transmission.

The CDC now says vaccinated students and staff can forgo masks unless they are riding a school bus or if their school tells them otherwise. But verifying who is vaccinated will be up to schools and local officials — and many states don’t appear to be eager to mandate proof of vaccination.

According to the school tracker Burbio, seven states are prohibiting schools from mandating masks. Schools in Utah, Arizona, Texas, Oklahoma, Arkansas, Iowa, Vermont and South Carolina can only recommend masks to unvaccinated staff and students.

In Arizona, Chandler Unified School District, which welcomes back students July 21 — one of the earliest start dates in the nation — already decided masks would be voluntary when Republican Gov. Doug Ducey signed a law that prohibits local counties and school districts from requiring students or staff to wear face coverings.

In most states though, including Missouri, school districts have the option of requiring masks come fall — a decision that could change as COVID case numbers fluctuate.

In Springfield, Missouri, for example, the city had lifted the mask mandate in schools only to reinstate it for its July summer program when COVID case numbers climbed. The superintendent there has yet to say whether masks will be required when the district reopens full-time on Aug. 23, welcoming back more than 23,000 students into its classrooms.

Biden designated $10B for testing in schools, but not every state wants it

President Joe Biden has designated $10 billion in federal money as part of his $1.9 trillion COVID relief plan so schools can test students and staff. Under the program, states are required to report back how many tests are used and how many turn up positive.

But other parts of the country — including Idaho and Iowa — plan to forgo entirely their share of federal funding to test students for COVID-19.

Last April, Iowa’s Republican Gov. Kim Reynolds announced that she would reject the $95 million in federal funds offered to the state for in-school coronavirus testing.

“I think he (Biden) thinks that COVID just started,” Reynolds said in a Fox News interview. “I just returned $95 million because they sent an additional $95 million to the state of Iowa to get our kids back in the classroom by doing surveillance testing. And I said we’ve been in the classroom since August. Here’s your $95 million back.”

The CDC and Biden’s top health officials are still suggesting schools embrace the idea of routine testing, particularly if they want schools to stay open.

“Our nation’s top public health scientists are recommending that school districts consider adding screening programs into their overall strategy for protecting their kids and their staff from outbreaks of COVID and the administration is supporting that recommendation with this testing program,” said Tom Inglesby, a senior COVID-19 response adviser at the Department of Health and Human Services.