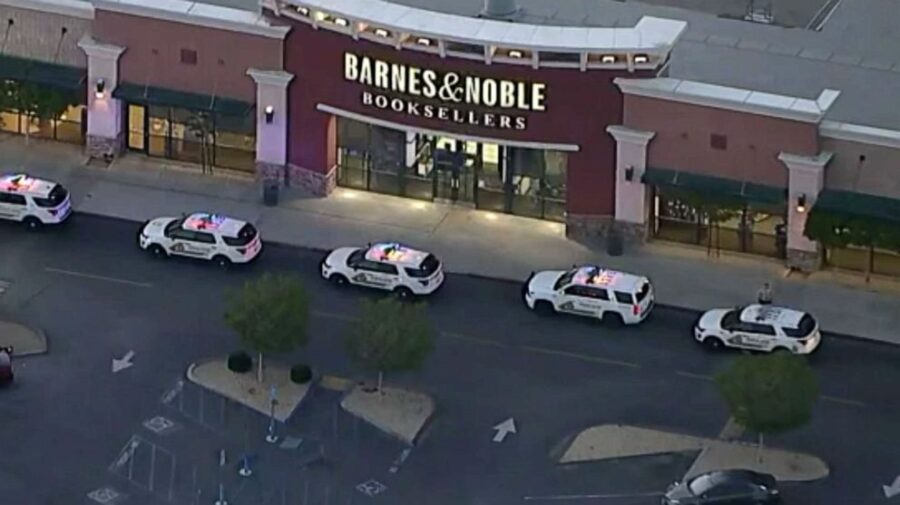 (LOS ANGELES) — A store owner has been arrested in the shooting of a 9-year-old girl police said was hit by an errant bullet at a Southern California mall when the merchant allegedly opened fire on a pair of shoplifters he was chasing.

Marqel Cockrell, 20, was being held on $1 million bail after he was arrested in Nevada and booked on suspicion of attempted murder, the Victorville Police Department announced Wednesday.

The shooting unfolded around 6:30 p.m. Tuesday at the Mall of Victor Valley in Victorville, police said.

The San Bernardino County Sheriff’s Department sent deputies to the mall after receiving multiple 911 calls reporting gunfire at the shopping center, authorities said. Multiple law enforcement agencies also responded to the scene as the mall was placed on lockdown and officers began to evacuate people and searched for the shooter, who apparently fled by the time officers arrived.

Deputies found the wounded girl and immediately began rendering medical aid, Victorville police said. She was taken to Loma Linda University Medical Center, where she was in stable condition.

The girl’s family members told ABC station KABC in Los Angeles that she suffered a gunshot wound to the arm.

Investigators believe the shooting occurred near a Barnes & Nobles outlet at the mall. Overnight, investigators worked to identify Cockrell as the suspect in the shooting.

Cockrell, who is the co-owner of a sneaker store at the mall called Sole Addicts, attempted to chase down two shoplifters out of his store according to police. In an attempt to stop the shoplifters, Cockrell fired multiple shots, missing the shoplifters and striking the young victim.

After fleeing the scene, Cockrell was arrested by the Nevada Highway Patrol in Clark County, Nevada, about 9 pm. Tuesday. He was booked at the Clark County Jail on suspicion of attempted murder and is awaiting extradition back to California.

This is the second shooting to occur at the Mall of Victor Valley within the last six months. In November 2021, a man was killed and two other people, including a juvenile, were wounded in a shooting outside the mall.