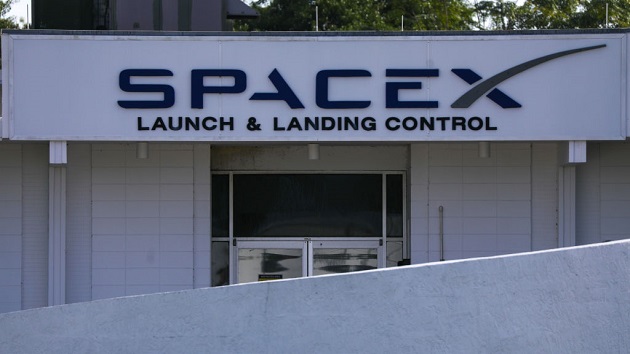 (NEW YORK) — A segment of a SpaceX rocket that launched seven years ago is currently on course to crash into the moon.

The booster was part of the Falcon 9 rocket that lifted off from SpaceX’s Launch Complex 40 at Cape Canaveral Air Force Station in Florida in February 2015 as part of a mission to send a space-weather satellite more than a million miles from Earth.

However, after a long burn to release the satellite at a specific position in space, the booster didn’t have enough fuel to return to Earth’s atmosphere, meteorologist Eric Berger explained in Ars Technica.

Additionally, its orbit was not high enough to escape the gravity pull between Earth and the moon, leaving the booster in a “chaotic orbit.”

Bill Gray, creator of Project Pluto, which supplies astronomical software that tracks objects near Earth to amateur and professional astronomers, wrote in a blog post that he’s calculated the impact likely will occur on the far side of the moon on March 4 around 7:25 a.m. ET.

“It’s been up there — just an inert piece of space junk — for the past seven years,” Jonathan McDowell, an astronomer working at the Harvard-Smithsonian Center for Astrophysics, told ABC News. “Because of its orbit, it keeps coming somewhat close to the moon and that changes its orbit unpredictably, and so the moon keeps tugging on it and changes it orbit.”

He explained that the “last tug” the booster got from the moon in January set it on a path that it will come back near the Earth in early February, go beyond the moon in late February and then start falling back toward it in early March, causing the crash.

It’s not clear exactly where the booster will hit because sunlight can “push” it to slightly change course, but the four-ton segment is going to crash at 5,600 mph, likely creating a crater with a diameter several feet wide.

However, McDowell, who publishes a regularspace report, said the collision is nothing to worry about.

“This is not the the first time that we’ve smashed rocket stages into the moon,” he said. “We used to do it deliberately back in the days of Project Apollo to actually do scientific experiments to basically ring the moon like a bell and look for the interior structure with seismometers — sort of an artificial earthquake if you like — and that didn’t do any damage to the moon.”

Additionally, in 2009, NASA’s LCROSS spacecraft purposely slammed into the moon to collect data about the impact.

The impending crash also should have positive implications for science — it will offer researchers a rare opportunity to study and observe how craters are formed on the moon.

“The advantage you have of smashing a rocket into the moon and creating an artificial crater, instead of letting nature throw a rock at the moon and making an actual one, is that you know exactly what you’re throwing at the moon, you know what it’s made of and how heavy it is,” McDowell said. “If you know a four-ton aluminum rocket stage makes this big a crater, then that gives you a sense of how big a rock must have made this other crater.”

He added that the new crater created by the booster may uncover material and give a better idea of the composition of that part of the moon.

SpaceX did not immediately respond to ABC News’ request for comment.