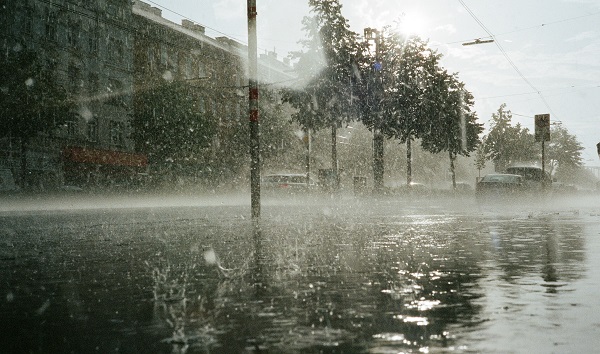 The storm will move into the central U.S. on Tuesday and Wednesday, bringing a multi-day severe weather outbreak to millions.

Residents located in areas from Texas to southern Illinois, including major cities like Dallas, Little Rock and Memphis, can expect to see damaging winds, scattered hail and a few tornadoes Monday. Little Rock has the highest chance for very large hail and a strong tornado or two.

By Tuesday night major cities such as Dallas, Kansas City and Des Moines can expect to see strong tornadoes and huge hail.

The highest threat for tornadoes on Tuesday will likely be areas north of Kansas City and across much of Iowa.

On Wednesday, a severe threat will move east, heading into the Great Lakes, Ohio, Tennessee Valleys and the Gulf Coast.

Major cities such as Chicago, Indianapolis, St. Louis, Nashville, Little Rock and Jackson will be in the bull’s-eye for strong tornadoes, huge hail and damaging winds.

Severe weather will extend all the way to the Gulf Coast, including New Orleans, through Wednesday night.

After a weekend of heat waves in the West, a new storm is expected to bring in heavy snow and strong winds. Some areas throughout the West could see more than 2 feet of snow and wind gusts up to 80 mph. In addition, blizzard warnings extend from Montana to the Dakotas this week.