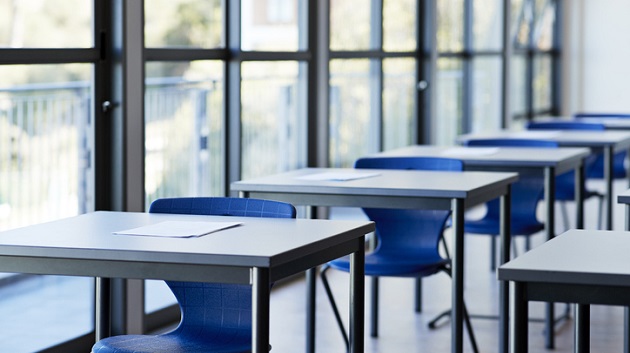 (SACRAMENTO, Calif.) — Students in the Sacramento City Unified School District are still out of class on Tuesday, as a standoff between teachers’ and workers’ unions continues against the district.

Teachers and classified employees, of the Sacramento City Teachers Association and the Service Employees International Union, began their strike on March 23, but the SEIU said they have been bargaining with the district since October.

“We want equity across the district. And so far they’re just playing games, and they’re not responding seriously to our proposals. They are not showing any urgency about ending the strike or ending the staffing crisis,” Jennie Smith-Camejo, a spokesperson for the SEIU, said of the school district in an interview with ABC News.

According to the SCTA, teachers and school workers began their strike last week due to the “severe staffing crisis” in the district.

Both unions say the shortage is taking a toll on students and their education.

“Kids are waiting at bus stops and getting school like an hour, two hours late, because there aren’t enough bus drivers, and they’re having to do one route and go back and pick up another route,” Smith-Camejo said.

“We have instructional aides who are being left alone with whole classrooms full of kids, which that’s not what they’re supposed to do, they’re supposed to work one on one with special needs kids,” Smith-Camejo said. She said they are having to write curricula when they aren’t certificated teachers, and that isn’t their job.

According to Smith-Camejo, the transportation department lost 25% of its staff in the last six months.

“Of course, the reasons for this is because the job is very high stress, the working conditions aren’t good right now and it doesn’t pay enough. So people are finding better jobs either in neighboring school districts or in the private sector and they’re leaving, and they’re not able to replace those people,” Smith-Camejo said.

The problem doesn’t stop there, according to the teacher’s union. Teacher shortages are forcing some schools to combine classes.

“Some students, like at John F. Kennedy High School on certain days, they would pack 13 classes into an auditorium because they didn’t even have substitute teachers, let alone regular teachers,” a spokesperson for the SCTA, Jamie Horwitz, told ABC News in an interview.

Because the district is short 15 independent study teachers, prior to the strike 571 students who applied for independent study, because they are unable to return to in-person school for health or other reasons, have received no instruction, according to Horwitz.

The SCUSD admits it has a staffing crisis, “but so do most other school districts in the state. This problem predated these negotiations and will exist after this contract is settled. Public schools, and especially SCUSD, do not have sufficient qualified teachers and substitutes entering the profession to fill vacant positions,” the district says on its website.

“Despite offering the most generous total compensation in the region, SCUSD is still struggling to attract qualified teachers and substitutes to fill vacant positions,” the district said.

The SCUSD said its current offer to the SCTA “would help address the staffing crisis, with recruitment bonus incentives and increases in compensation to strengthen retention. We want to reach an agreement with SCTA, and urge SCTA to end the strike, so we can work together to address our district’s staffing problem.”

The district said it has taken “meaningful steps” since 2017 to address understaffing and said its COVID proposals would have addressed these issues.

“The district’s previous COVID-related proposals, which SCTA did not agree to, would work toward alleviating some staffing issues and toward compensating employees for their extra workload,” SCUSD said on its website. “The lack of agreement over these COVID-related issues has prevented staff from benefiting from extra pay for taking on extra work related to COVID. Without an agreement, the district cannot assign district training specialists who usually work at the district office to cover classes when there is a vacancy at a school site.”

SCTA claims the district can afford to recruit and retain educators and is in “the best financial position in its history.”

The SCTA claims the district has hundreds of millions of dollars in federal funds and has had budget surpluses in 11 of the last 12 years, and yet the district has still demanded cuts in the average educator’s take-home pay of $10,000 per year, which SCTA believes will only worsen the crisis.

“The district’s narrative has been that they have financial problems and historically, they did, if you went back like a dozen years. But [now] primarily, they have really bad accounting,” Horwitz said.

Horwitz said in the past the district has said they do not have enough funds and sent pink slips to teachers, then later in the year claim they made a mistake and have a surplus of funds.

According to Horwitz, the SCUSD has $123 million in its reserves and it has received over $320 million from the state and federal government.

The district says it cannot make long-term promises based on one-time grants.

“The district cannot make ongoing financial commitments with one-time money. The district has received COVID-relief funds from the state and federal governments in the form of one-time funding designed to address pressing student needs as a result of the pandemic. We cannot spend one-time money on ongoing financial commitments like salaries and benefits,” SCUSD said on its website.

While the district on Saturday offered the SEIU a 2% pay increase for workers, Smith-Camejo said this is “really unacceptable.”

“Our folks are the lowest paid employees in the district. A lot of them make minimum wage are just barely above, even when they’ve been there for decades. And they haven’t had a cost of living adjustment in six years. The superintendent, who’s making over $400,000 a year and just got about 10% [adjustment] this year, is saying that all they deserve is 2%,” Smith-Camejo said.

A fact-finding report between the teacher’s union and the district recommended that the district “provide an across-the-board salary increase retroactive to the beginning the 2021-22 school year, in an amount equal to the cost-of-living increase provided to the Superintendent for this school year,” records show. This kind of report is initiated when workers and management cannot resolve a dispute and one or both sides ask the state for help.

The SCUSD claims, on its website, that total compensation for SCUSD teachers is the highest in Sacramento County, and among the highest in the region and the state.

Horwitz said the district should not be holding on to this money if it can solve this issue.

“Sacramento’s the litmus test, are people going to allow school districts to just say we want to make sure that we’re kind of wealthy here, we’re just gonna hang on to our cash,” Horwitz said. “This is why there’s so much unity in the strike people feel that this is totally dereliction of their duty, the school board and the superintendent.”

Smith-Camejo said the strike is hard on its workers and the union is “so disappointed and outraged that the district is not doing as part.”