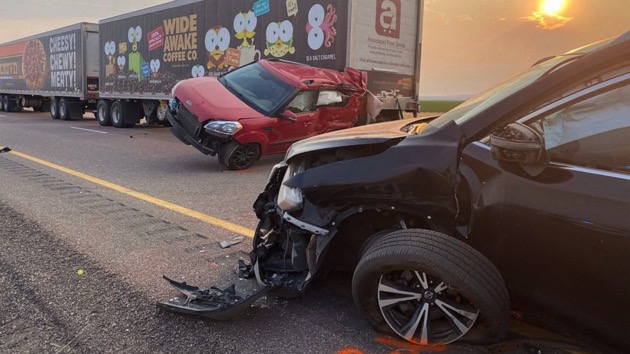 (MILLARD COUNTY, Utah) — Seven people are dead in Utah after a sandstorm caused a series of car crashes Sunday, according to Utah Highway Patrol.

The crash happened around 4:30 p.m. local time on Interstate 15 in Millard County and involved at least 20 vehicles. Several other people have been transported to local hospitals in critical condition following the pileup, authorities said.

Highway Patrol said no names of victims will be released until 24 hours after notifications are made to next of kin.

“We’re stunned and saddened by the horrific accidents in Millard County,” Utah Gov. Spencer Cox tweeted. “We fervently pray for the loved ones of those who perished and for those fighting for their lives.”

Officials said winds caused a sand or dust storm and severely impaired visibility on the roadway, which led to the crash.

“It’s very tragic, it’s very hard to see the loss of life, and the families and the people affected,” Utah Highway Patrol Sgt. Cameron Roden told ABC News Salt Lake City affiliate KTVX. “There’s still lots of crews out here, on-scene, still actively working the scene. I-15 is still closed and will be at least for a couple of more hours.”