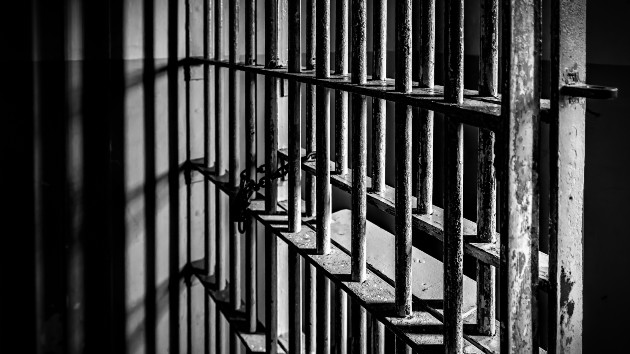 (NEW YORK) — A self-described neo-Nazi and white supremacist was sentenced to over 19 years behind bars for plotting to blow up a historic Colorado synagogue in 2019, authorities said.

Richard Holzer, 28, pleaded guilty in October to federal hate crime and explosives charges for planning to destroy the Temple Emanuel Synagogue in Pueblo, Colorado. He faced up to 20 years in prison for each charge and a fine of up to $250,000.

On Friday, Holzer was sentenced to 235 months in federal prison, followed by 15 years of supervised release, the U.S. Attorney’s Office in Colorado announced. He is serving time for the two charges concurrently.

Court records show Holzer did not wish to address the court, and he was not imposed a fine because he “has no ability” to pay one.

Details of Holzer’s plea deal met the federal definition of domestic terrorism, prosecutors said, “as they involved criminal acts dangerous to human life that were intended to intimidate or coerce a civilian population.”

“Today’s sentence is another step forward in our on-going fight against extremism,” U.S. Attorney for the District of Colorado Jason Dunn said in a statement. “About two-and-a-half years ago, my first day as U.S. Attorney took me to a vigil for victims from the Pittsburgh Tree of Life Synagogue attack. Today, my last day in the office, we have sentenced the extremist responsible for the attempted bombing of the Temple Emanuel Synagogue in Pueblo. We must remain ever vigilant in this battle and I am confident the Department will continue to lead this fight.”

Holzer admitted to prosecutors last year that he intentionally targeted the congregants of the synagogue and wanted to “get that place off the map,” Dunn’s office said.

FBI agents foiled the plan and arrested Holzer in November 2019, before he could carry out his plot against the synagogue, which is listed in the National Register of Historic Places.

Months earlier, undercover agents made contact with Holzer through a Facebook account after he was observed using social media to promote white supremacy ideology and acts of violence, authorities said.

Prosecutors said Holzer sent an undercover agent a picture of himself holding automatic weapons and declared that he wanted to start a racial holy war.

He also told undercover agents that he wanted the bombing to send a message to Jewish people that they must leave his town, “otherwise people will die,” prosecutors said.

Holzer coordinated with the undercover agents to obtain explosives. During a meeting on Nov. 1, 2019, the agents provided him with inert pipe bombs and other explosives, which Holzer said he intended to set off hours later, according to prosecutors.

“Mr. Holzer targeted a place of worship for violence and destruction to drive people of the Jewish faith from our community,” FBI Denver Special Agent in Charge Michael Schneider said in a statement. “Today’s sentence demonstrates the commitment by the FBI and our law enforcement partners to ensure that if a crime is motivated by bias against a religion or any other federally protected status, it will be aggressively investigated, and the perpetrators held responsible for their actions.”