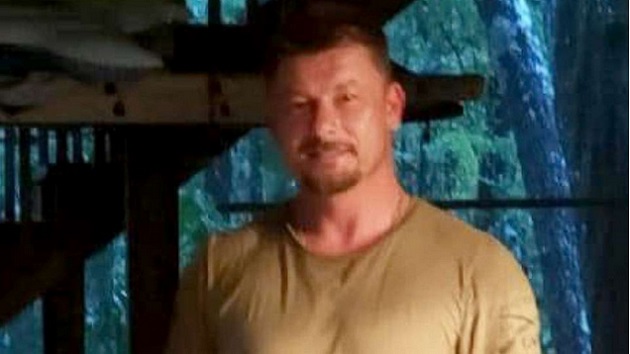 (NEW YORK) — Two sheriff’s deputies were shot and wounded, one critically, on a Georgia highway Saturday night when two brothers in a vehicle being chased allegedly opened fire with a rifle, authorities said.

A search for one of the brothers, Troy Arthur Phillips, 40, continued Sunday in Decatur County, Georgia, and authorities said he is possibly armed and dangerous. Philips’ brother, whose name was not immediately released, was taken into custody following the shooting on U.S. Highway 84 in Brinson, Georgia, according to Decatur County Sheriff Wiley Griffin.

The shooting unfolded when a Decatur County Sheriff’s deputy attempted to assist a Seminole County, Florida, sheriff’s deputy in a car chase that started in Florida and crossed into Georgia, Griffin said.

Griffin said the deputies were both shot with what investigators believed to be a .30 caliber rifle fired by occupants of the vehicle they were chasing. The Decatur County deputy was critically wounded when he was shot underneath his arm, Griffin said.

The deputy, whose name was not released, was taken by a helicopter ambulance to Tallahassee Memorial Healthcare, about 50 miles south of Brinson, Griffin said.

Griffin said the Seminole County deputy shot in the incident was treated at a hospital for non-life-threatening injuries.

The shooting occurred when the deputies attempted to stop a vehicle for going 81 mph on the highway, authorities told ABC affiliate station WTXL-TV in Tallahassee.

Griffin said in a Facebook post on Sunday morning that investigators believe Phillips is still in the Brinson area and advised local residents to contact law enforcement officials immediately if he is spotted.

The Georgia Bureau of Investigation is leading the investigation because it involves law enforcement officers, officials said.