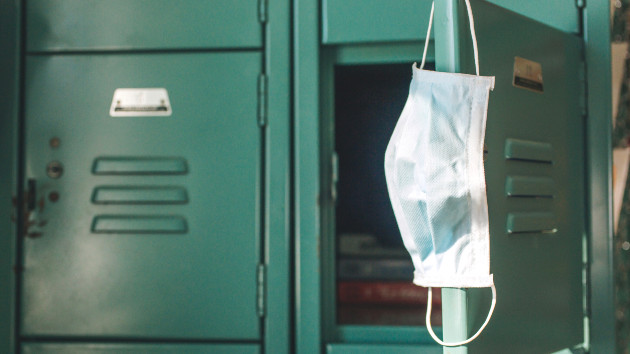 School officials said the decision came after the Centers for Disease Control and Prevention designated the county as having high levels of COVID-19 in the community.

When counties enter this category, the federal health agency recommends masking in indoor, public spaces and on public transportation.

“We are following the science. We’re following the data,” SCUSD Superintendent Jorge Aguilar told local affiliate ABC 10. “This is a public health issue. We are part of a community.”

Data from the district shows the case rate is currently more than seven times higher than when the mask mandate was lifted.

Dr. Peter Chin-Hong, an infectious diseases specialist at the University of California, San Francisco, told ABC News that cases in Northern California are rising for several reasons, the main being the spread of new omicron subvariants.

“The new generations of subvariants are looking so different from the original variants from Wuhan that the antibodies don’t recognize them as easily,” he said.

He described immunity from vaccination against the new subvariants as two levels of defense.

“I think of the antibodies as guards at the front gate that are a little bit sleepy that let the virus in,” Chin-Hong said. “But you have B-cells and T-cells so, once the virus is in, they’re like the guard dog that attacks. So, you get infected, but you won’t go to the hospital.”

“I know that [there are] strong sentiments about this issue in both directions, that is what I’m seeing and hearing in my email inbox,” Aguilar said. “But again, I’m hopeful that this is a reminder to all of us that this is in the best interest of our community.”

Chin-Hong said SCUSD’s decision to reimpose mask mandates is an example of what health officials mean when they discuss ramping up mitigation measures when cases rise and easing them when cases fall.

“This is a good example of what turning on and off the switch of protection looks like,” he said. “I think we’ll have to get used to it to keep hospitals intact and keep people healthy.”

The school district did not immediately return ABC News’ request for comment.