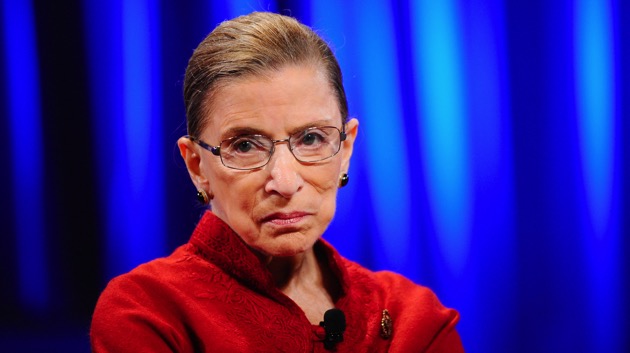 The date was chosen to commemorate Ginsburg’s birthday and to recognize Women’s History Month.

“I am humbled and honored to ring in the joyous occasion,” Bichotte Hermelyn said. “Women are underrepresented in the cultural landscape of our city and it’s about time we change that.”

“When Justice Ginsburg went to law school it was a different era, when very few women did. She was only one of the nine female students in her class while studying at Harvard,” Bichotte Hermelyn said, adding that Ginsburg went on to become one of the “greatest advocates for gender equality.”

“She is a role model to me and to everyone everywhere,” Bichotte Hermelyn said. “Her legacy will live on.”

She added, “Her work is not over — we must continue championing women’s rights. Gender bias is still alive and well, even in our progressive city.”

Ginsburg, who died last September at the age of 87, was born in Brooklyn on March 15, 1933, and raised in the borough.

The statue was placed at City Point, a residential and commercial area in downtown Brooklyn.

This statue was designed prior to Ginsburg’s death.

“The final statue, which she endorsed, reflects her wish to be depicted in a dignified manner,” the artists, Gillie and Marc, said in a statement. “With the two steps on its large base representing the Supreme Court and the climb she made to get there, the work is designed to provide the public with an opportunity to stand at her side, and gain inspiration from her journey fighting for equal rights.”