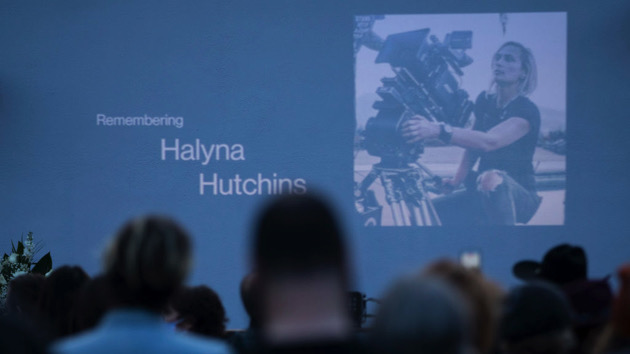 (SANTA FE, N.M.) — Rust Movie Productions was issued a “willful” citation, including a $136,793 penalty, on Wednesday for failures that led to cinematographer Halyna Hutchins’ “avoidable death” on the set of Rust last October. This is the highest level of citation and maximum fine allowable by state law in New Mexico.

“Rust Movie Productions, LLC was cited for the plain indifference to the recognized hazards associated with the use of firearms on set that resulted in a fatality, severe injury, and unsafe working conditions,” the New Mexico Environment Department’s Occupational Health and Safety Bureau said in a press release.

Hutchins died and the film’s director was hospitalized after a prop gun held by Alec Baldwin fired a live round on the set of Rust.

The OHSB released the results of an investigation into Hutchins’ death last October, finding that “management knew that firearm safety procedures were not being followed on set and demonstrated plain indifference to employee safety by failing to review work practices and take corrective action.”

The OHSB said the film production crew failed to adhere to industry-wide safety guidelines. According to the guidelines, ammunition should never be brought to any studio lot or stage; safety meetings should take place every day when firearms are being handled; and employees have to “refrain from pointing a firearm at anyone” except after consultation with the property master, armorer or other safety representative, such as the first assistant director.

By failing to follow these practices, an avoidable loss of life occurred, OHSB said.

“Our investigation found that this tragic incident never would have happened if Rust Movie Productions, LLC had followed national film industry standards for firearm safety,” New Mexico Environment Cabinet Secretary James Kenney said in a statement. “This is a complete failure of the employer to follow recognized national protocols that keep employees safe.”

Rust Movie Productions has 15 business days to pay the penalty and provide OHSB with certification of corrective action or contest the citation with the Occupational Health and Safety Review Commission.

Hutchins’ family filed a wrongful death suit in February against a number of parties including Baldwin and the film’s production, alleging that reckless behavior and cost cutting led to Hutchins’ death.

“Any claim that Alec was reckless is entirely false. He, Halyna and the rest of the crew relied on the statement by the two professionals responsible for checking the gun that it was a ‘cold gun’ — meaning there is no possibility of a discharge, blank or otherwise,” Aaron Dyer, an attorney for Baldwin, said in response to the lawsuit.