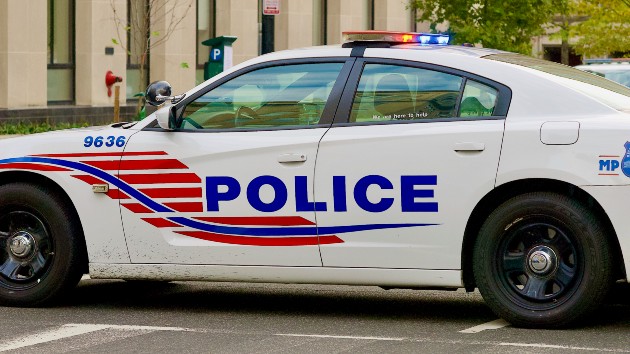 (WASHINGTON) — Personal information belonging to officers of the U.S. capital’s primary law enforcement agency has been leaked on the dark web by a Russian-speaking ransomware gang, according to a source briefed on the investigation.

The source told ABC News late Tuesday that the Metropolitan Police Department of the District of Columbia was notifying the affected officers.

The police department has not responded to ABC News’ request for comment.

The group behind the leak, called Babuk, said in a statement on its darknet site late Monday that it would release “all the data” it stole from the police department if it did not “raise the price.”

“The negotiations reached a dead end, the amount we were offered does not suit us,” Babuk said.

The group has since posted sensitive information from more than 20 personnel files of police officers, according to a screenshot of the post on the dark web.

The Metropolitan Police Department later confirmed to ABC News that “approximately 20 members’ information was released” on Tuesday “through the access obtained from MPD’s network by unauthorized parties.”

“Additionally, Chief Contee sent an email last week to all MPD members with instructions on how to sign up for a credit monitoring service,” the police department said in a statement Wednesday. “There is no further information available to provide at this time.”

Last month, Babuk claimed to have hacked into the police department’s internal computer network and threatened to leak details of confidential informants unless the agency paid an unspecified ransom within three days.

The Metropolitan Police Department has over 4,000 sworn and civilian members serving Washington, D.C., making it one of the 10 largest local police agencies in the United States, according to its website.

The alleged extortion comes on the heels of a separate ransomware attack on a major gas pipeline that has disrupted part of the country’s fuel supply. The company that operates the Colonial Pipeline, the largest refined products pipeline in the United States, announced Saturday that it had “proactively” halted all pipeline operations after falling victim to a cyberattack involving ransomware. The company said they expect to have operations back up and running by the end of the week.

The 5,500-mile pipeline system stretches from Texas to New York and transports approximately 45% of all fuel consumed on the East Coast, according to its website.