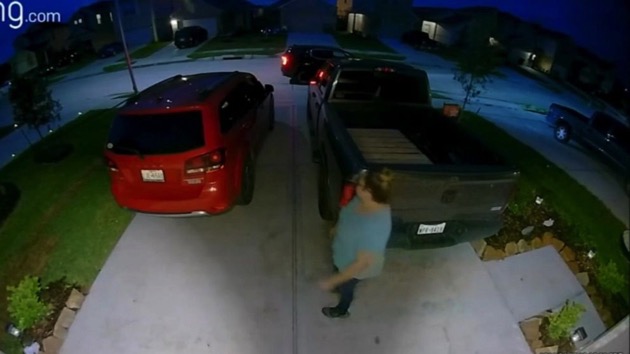 (HOUSTON) — A doorbell camera recorded video of a Texas mother the night before she vanished without a trace.

Erica Hernandez, 40, was last seen leaving a friend’s house in southwest Houston in the early morning hours of April 18. She was wearing a teal T-shirt with jeans and was driving a black 2020 GMC Acadia with Texas plates, according to officials and her family.

Hernandez’s sister-in-law, Eldia Hernandez, said she came to their house on the evening of April 17 to drop off food while her three children — ages 3, 15 and 19 — waited in the car. Hernandez then drove her kids home before leaving for a friend’s house later that night. She left the friend’s house at around 2:30 a.m. CT the following morning and hasn’t been seen or heard from since, according to her family.

“She was fine. I mean, she was happy,” Eldia Hernandez recalled in an interview with Houston ABC station KTRK. “She was a little tired, but that was about it.”

Hernandez’s sister-in-law shared footage from a Ring video doorbell installed at their home that shows her getting back in her vehicle and driving off. She said it’s unlike Hernandez to just disappear.

“We’re all frustrated, we’re all in disbelief because this is not like her,” Eldia Hernandez told KTRK. “Her kids are her world and she would never, ever leave her kids.”

The Houston Police Department, Texas EquuSearch and dozens of volunteers have been searching for Hernandez and her car in the area where she was last seen and along the possible routes she would have taken home. Hernandez’s loved ones have also called local hospitals asking for her or if there’s any unidentified patients who match her description. So far, the efforts have turned up empty.

“We don’t know what hap-pened,” Eldia Hernandez told KTRK. “We’re at a loss for words.”

Hernandez is described as a Hispanic woman who is 5-foot-3-inches tall and weighs about 200 pounds. She wears glasses and has waist-length, dark brown hair with highlights, a nose piercing and a tattoo of three koala bears on her left shoulder blade, according to a flyer posted by Texas EquuSearch.

Anyone with information on Hernandez’s disappearance or whereabouts is urged to contact the Houston Police Department 832-394-1840, the Texas Department of Public Safety’s Missing Persons Clearinghouse at 512-424-5074 or Texas EquuSearch at 281-309-9500.