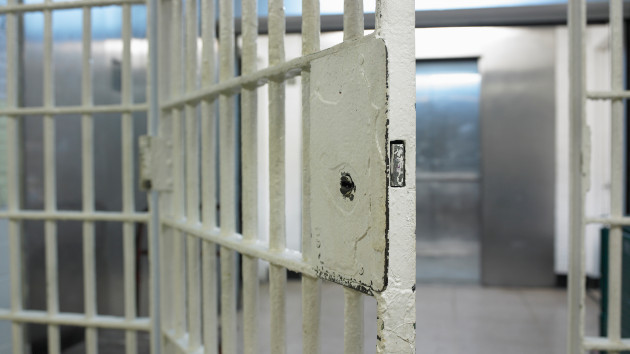 (NEW YORK) — A corrections officer at Rikers Island has been stabbed at least 15 times by an inmate in what officials are calling an “unprovoked, heinous and callous attack” on one of their officers.

The incident occurred at approximately 4:45 p.m. on Monday afternoon when a male corrections officer working in the protective custody unit was reportedly attacked by an inmate, according to a statement obtained by ABC News’ New York City station WABC-TV.

The officer was stabbed in the back of his head 15 times, according to a law enforcement official who spoke to WABC following the incident.

“Earlier today, while working in the protective custody unit at the Anna M.Kross Center, one of our Correction Officers was brutally stabbed in the back of his head approximately 15 times by an inmate,” Correction Officers’ Benevolent Association President Benny Boscio said in the statement obtained by WABC. “The Executive Board and I are with the officer at the hospital, who is conscious and undergoing tests. I want to thank Mayor Adams and Commissioner Molina for also visiting the officer tonight. “

The corrections officer who was attacked was immediately taken to Elmhurst Hospital and is currently listed in stable condition, according to WABC.

“This was an unprovoked heinous and callous attack on one of our dedicated officers, who was simply doing their job,” Department of Correction Commissioner Louis Molina said in a statement. “We will not tolerate any assaults on our Members of Service who show up to work each day to keep our jails safe. We are rearresting the individual who committed this deplorable attack. We are praying for this officer to make a speedy recovery.”

So far, 17 inmates have died in New York City’s custody this year, surpassing last year’s 16 deaths — the highest since 2013.

New York City has resisted calls for a third-party administrator to run the facility and pleaded with federal judge Laura Swain in June for a chance to make changes. The next hearing to show progress on the issue is currently scheduled for Nov. 17, though many — including NYC comptroller Brad Lander — argue the city isn’t capable of solving the crisis.

The incident is still under investigation.