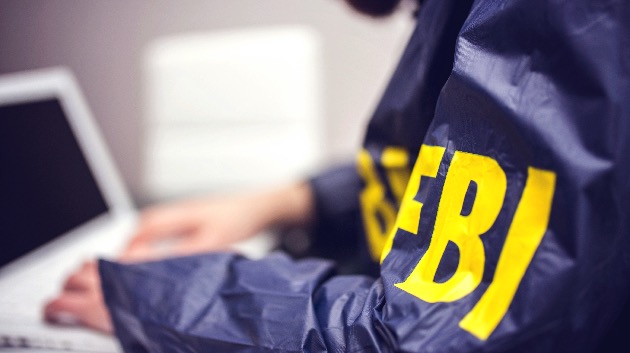 (WASHINGTON) — A top House Democrat, concerned that the FBI has not been candid about extremist efforts to infiltrate law enforcement and the military, is demanding an urgent briefing from the nation’s top law-enforcement agency.

“I am deeply concerned that the bureau dismissed this threat last year and instead characterized the threat of white-supremacist infiltration of law enforcement as a hypothetical problem that has not materialized,” wrote Raskin (D-Md.), who led a hearing on the problem last year. “For the above reasons, I am requesting a member briefing on this topic no later than March 26, 2021.”

The new urgency comes in the wake of an ABC News report published Monday detailing a confidential FBI intelligence assessment of the problem of white supremacists and other right-wing extremists plotting to infiltrate police agencies and the military.

Based on investigations between 2016 and 2020, agents and analysts with the FBI’s division in San Antonio concluded that extremists would “very likely seek affiliation with military and law enforcement entities in furtherance of” their ideologies, according to a confidential intelligence assessment issued late last month.

The document, obtained by ABC News, was distributed to law enforcement agencies both in Texas and elsewhere in the country. It focused on extremists inspired by the white-supremacist publication “Siege,” which served as motivation for the neo-Nazi group Atomwaffen Division, among others.

The FBI told ABC News Wednesday that they had received Raskin’s letter, but did not offer further comment.

Testifying before the Senate Judiciary Committee last week, Wray said that there are currently 2,000 domestic terrorism investigations, up from almost 1,000 when he first started in 2017.

“Whenever we’ve had the chance we’ve tried to emphasize that this is a top concern and remained so for the FBI,” Wray said in his testimony. “The FBI will not tolerate agitators and extremists who plan or committed violence. Period. And that goes for violent extremists, of any stripe.”

In an interview, Raskin told ABC News he believes that the vast majority of police and members of military do their jobs properly. However, he said he has become increasingly concerned in recent years by episodes that seem to point to a serious problem with extremist activity on the inside.

“The bureau failed to level with the American people,” said Raskin, who led the impeachment of former President Donald Trump in response to the Jan. 6 insurrection at the U.S. Capitol. “This is an emergency.”

Since the Jan. 6 attack, lawmakers and officials have increasingly focused on the issue of white supremacy and other types of violent extremism in the military and law enforcement. According to research by news organizations including The New York Times, at least 30 people with law enforcement training have been tied to the events of the insurrection, which left five dead, including a Capitol Hill police officer.

“As the world now knows, on Jan. 6, 2021, irrefutable proof of this threat materialized on the steps of the U.S. Capitol, when off-duty law enforcement officers participated in the violent insurrection against Congress,” Raskin wrote in his letter to Wray. “Given the FBI’s refusal just last year to admit that extremist police officers posed a serious threat to our Nation’s security, I am now concerned that the Bureau lacks an adequate strategy to respond to this clear and present danger to public safety.”

Conclusions in the FBI’s Feb. 25 assessment were based on information from records and informants, some of whom had “excellent access,” according to the document.

The report’s assessment is “based on evidence [extremists] expressed a desire to join the military and law enforcement primarily to obtain tradecraft to prepare for and initiate a collapse of society, specifically by engaging in violence against the US government and specified racial and ethnic groups,” said the document. “Online peers encouraged them to seek these careers and [extremists] built relationships with associates seeking military employment, focusing on the associates’ current and future martial skills.”

In addition, the report says extremists are “likely to seek to exploit familial and social connections when pursuing military and law enforcement employment, reducing obstacles and increasing opportunities … to acquire tradecraft.”

The FBI publicly issued a similar warning in 2006, and in 2015 agents were instructed to modify methods and tactics because of the fear of infiltrators in their midst.