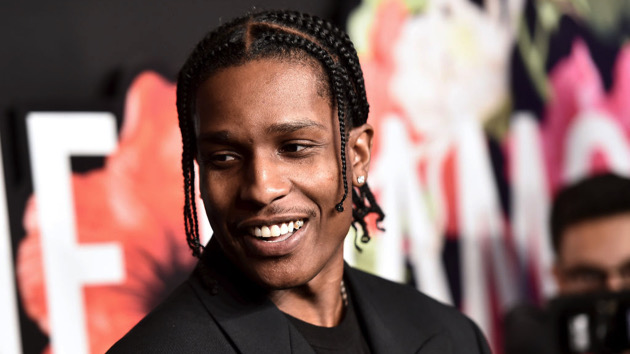 (LOS ANGELES) — A$AP Rocky was arrested at Los Angeles International Airport Wednesday in connection to a shooting that occurred in November 2021.

The Los Angeles Police Department arrested the rapper, whose given name is Rakim Mayers, for assault with a deadly weapon.

According to a high-ranking LAPD official, the arrest took place just after he landed aboard a private jet from Barbados, where singer and entrepreneur Rihanna, with whom he is expecting a child, is from.

The alleged 2021 shooting took place in the Hollywood area, according to a release from the LAPD.

“On November 6, 2021, around 10:15 p.m., an argument between two acquaintances occurred in the area of Selma Avenue and Argyle Avenue, in the Hollywood Area,” the release states. “The argument escalated and resulted in the suspect firing a handgun at the victim. The victim sustained a minor injury from the incident and later sought his medical treatment.”

According to the LAPD, the suspect and two men fled the scene following the shooting.

33-year-old Rakim Mayers, a Los Angeles resident, also known as music artist A$AP Rocky, has been arrested in connection to a shooting that occurred in the Hollywood area in November of 2021. pic.twitter.com/YeV9w2udDL

Rocky was previously involved in a high-profile legal battle in 2019 when he was convicted of assault after being involved in a street fight in Stockholm, Sweden. The rapper, who was facing up to two years in prison, did not face jail time but had to pay a fine to the victim.

Rocky and Rihanna are expecting their first child together, they confirmed in January.