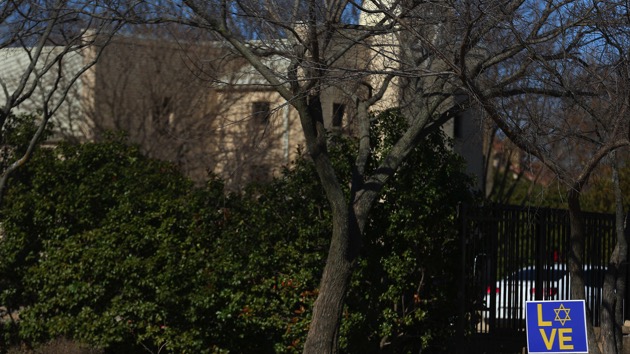 (COLLEYVILLE, Texas) — The Texas rabbi who threw a chair at a gunman to help himself and two others survive a hostage situation held a prayer service in the wake of the deadly ordeal.

Just two days after a gun-wielding suspect took Rabbi Charlie Cytron-Walker and two other congregants hostage at the Congregation Beth Israel synagogue in Colleyville, Texas, the rabbi lead a service aimed to “put this terrible event behind us and be thankful for a good result,” according to a post on the synagogue’s Facebook page.

Cytron-Walker, greeted with applause at the outset of the service, spoke briefly, thanking law enforcement, first responders, clergy, political leaders and people around the world who have reached out with support. He then continued the service by describing both the beauty and cruelty that exist on Earth.

“God, I long to feel your presence — not just this day but every day,” the rabbi said. “I do not pretend to know your ways.”

He thanked the “three amazing individuals” who were with him at the synagogue Saturday, saying that they managed to make it through the traumatic ordeal.

“Very few of us are doing okay right, now,” he said. “We’ll get through this.”

Cytron-Walker was greeted with applause at the outset of the service. He spoke briefly, thanking law enforcement, first responders, clergy, political leaders and people around the world who have reached out with support.

Congregants gathered at the healing service, many in masks and spaced several seats apart. Several took to the stage to sing prayer songs in Hebrew.

“Without love, there’s no reason to know anyone,” Cytron-Walker said. “For love will in the end connect us to our neighbors, our children and our hearts.”

The rabbi was preparing for Shabbat services on Saturday when the suspect, identified by the FBI as 44-year-old British citizen Malik Faisal Akram, knocked on a window of the temple. The Rabbi invited Akram in for tea, and heard the click of a gun during the Shabbat service, which was attended by only a handful of congregants. He and three other male congregants were initially taken hostage, but Akram freed one of them.

Cytron-Walker told the others to run before throwing the chair at Akram after the suspect grew visibly frustrated and belligerent that his demands were not being met, the rabbi said. Cytron-Walker and other members of the congregation had previously taken active shooter drills from the Colleyville Police Department, the FBI, the Anti-Defamation League and a local group called the Secure Community Network.

Akram was shot and killed by an elite FBI hostage rescue team who breached the synagogue.

At the end of the service, he gave an emotional talk, noting that the incident could’ve been much worse and that he was grateful that the traditional prayer of mourning was not being said.

Cytron-Walker said in an interview with CBS News Monday morning that he was looking forward to returning to his house of worship, describing it as a crucial step in the healing process.

“It won’t necessarily be an easy thing,” he said, “but it’s a really important thing.”