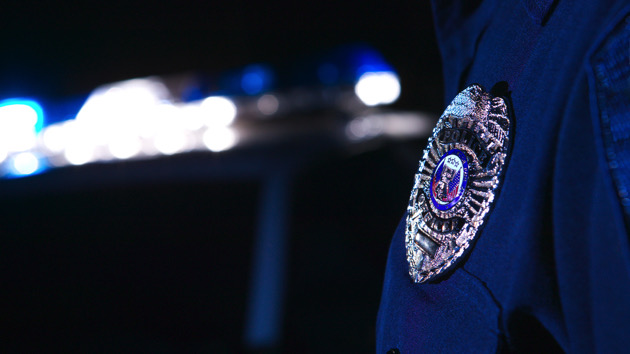 (SYRACUSE, N.Y.) — Police officers in Syracuse, New York, are under scrutiny after a video went viral of an 8-year-old boy being put into the back of a police cruiser after allegedly stealing a bag of chips.

The boy is seen crying and screaming while an officer walks him to a marked police vehicle. Bystanders are heard shouting at police to let go of the child, offering to pay for the chips and to walk him home themselves.

The boy was not handcuffed or arrested and was not injured, officials said. Police say they drove the boy home to his father following the incident on Sunday in the city’s northside.

Kenneth Jackson, the man who took the video, can be heard shouting in protest: “I’m taking this video to help to make sure you all don’t kill him because that’s what you all do.”

He told Good Morning America in an interview that he believes the incident highlights the tension between law enforcement and the people they serve.

“We have a policing problem when it comes to policing the community,” Jackson said. “Clearly, as the world can see, there’s a big disconnect.”

The footage has been viewed millions of times on social media, sparking outrage and criticism of the police officers’ actions.

“As a mother, that was a heart-wrenching video to witness,” she said Wednesday at a press conference. “Many of us are parents and you can’t help but imagine the fear in that child as he had to endure that experience.”

Syracuse Mayor Ben Walsh released a statement on the incident, saying, “What occurred demonstrates a continuing need for the city to provide support to our children and families and to invest in alternative response options to assist our officers.”

He added that the child was not handcuffed nor arrested during the incident.

“He was placed in the rear of a patrol unit where he was directly brought home,” the department statement said. “Officers met with the child’s father and no charges were filed.”

The Syracuse Police Department has said that the incident is under investigation. The department is also reviewing body camera footage taken of the incident.