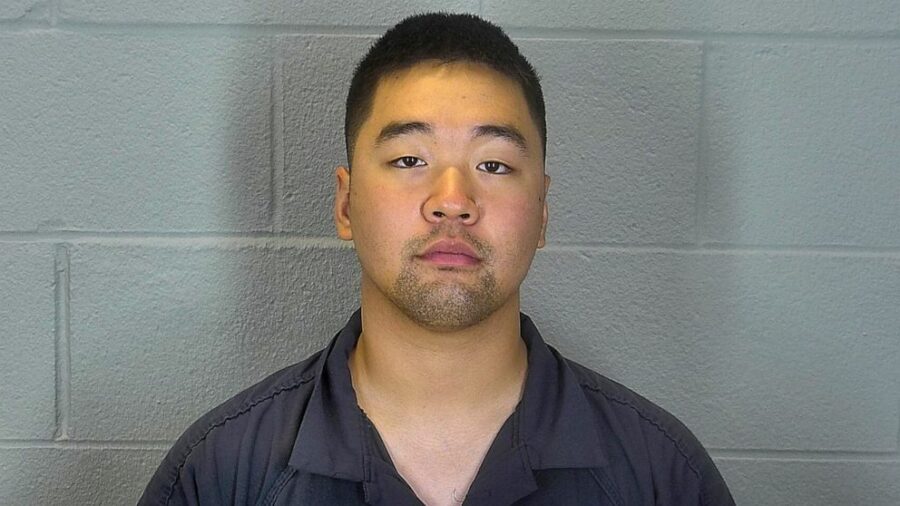 (WEST LAFAYETTE, Ind.) — A Purdue University student accused of stabbing his roommate to death in their dorm room has been ordered held without bond before he goes on trial.

Ji “Jimmy” Min Sha, 22, was formally charged with murder on Thursday in the killing of Varun Manish Chheda, 20, in what police called an unprovoked attack. Prosecutors allege that Sha “did knowingly or intentionally kill” Chheda, charging documents state.

Chheda was found dead in his room at McCutcheon Hall, a residence building on the school’s campus in West Lafayette, Indiana, after midnight on Oct. 5.

Sha had called 911 and told police “he had just killed his roommate with a knife,” according to the probable cause affidavit.

Responding officers found “apparent blood spatter on the wall, a pool of blood on the floor and a folding knife on the floor,” the affidavit said.

Sha “admitted he used the knife to kill Chheda while he was sitting in the chair where police found him,” according to the affidavit.

Sha, an international student from South Korea, is scheduled to appear for a hearing on Dec. 2 in Tippecanoe Circuit Court. A trial date has yet to be scheduled.

ABC News did not immediately receive a response to an email seeking comment from Sha’s attorney.

As he walked into court for his first appearance before a judge last week, Sha told reporters “I am very sorry” when asked if he had a message to the victim’s family.

Sha also said “I was blackmailed,” though did not elaborate.

Police have not outlined a motive in the case.

Chheda, who grew up in Indianapolis, was a senior majoring in data science. The university held a vigil for him on Wednesday, a week after his death.

“This is as tragic an event as we can imagine happening on our campus and our hearts and thoughts go out to all of those affected by this terrible event,” Purdue University President Mitch Daniels said in a statement last week.