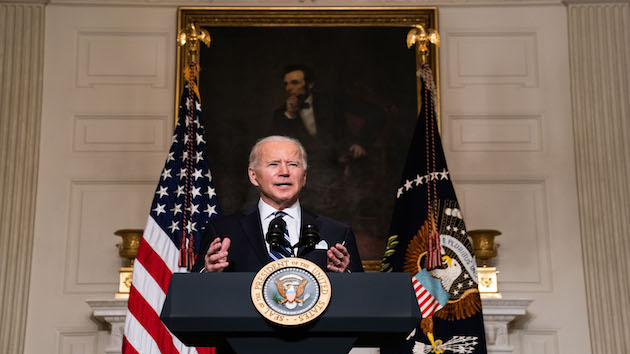 (NEW YORK) — 2020 was historic in many ways — from a once in a century pandemic to the national outcry over the deaths of unarmed black Americans. The year in weather was no different.

According to a report from the National Oceanic and Atmosphere Administration, there were 22 separate billion-dollar weather and climate disasters in 2020. The total damages from the disasters totaled approximately $95 billion and killed at least 262 people, according to NOAA.

Last year, the world saw a record number of hurricanes named in the Atlantic, with a record 12 making landfall in the Southeast. Seven of those cyclones caused damage exceeding one billion dollars, which NOAA says is a record since it started keeping track of billion-dollar damages in 1980.

We saw a derecho with its straight-line winds, race across the midwest, a tornado outbreak spanning from Texas to Maryland, and firestorms in Washington, Oregon, and California – all of which caused at least a billion dollars in damage.

Melissa Griffin, a meteorologist at ABC News, has researched what role climate change may have played in these disasters.

She told ABC Audio’s “Perspective” podcast that climate change can be connected to the more powerful hurricanes we’ve seen over the past few years.

“Hurricanes are happening over warmer than normal ocean temperatures. When you have warmer water, there’s more fuel for those hurricanes to strengthen. A warmer atmosphere also holds more water content and more moisture, which means hurricanes like, say, Hurricane Harvey, Hurricane Florence, for example, they’re dumping tremendous and record-breaking amounts of rain and that leads to more devastating flood disasters,” said Griffin.

Griffin says the strengthening is also happening closer to shore.

“You can go from a category two, three, or a category four hurricane in less than 20 hours right before landfall. That can cause extreme disaster because people aren’t prepared and that is linked to these warmer than usual water temperatures, much warmer than usual near the coast,” said Griffin.

It’s not just the Southeast that is getting hit with more destructive weather events.

Griffin says drought and record heat, two things that can fuel wildfires can be linked to the Jet Stream: a fast-moving tunnel of air in the upper atmosphere caused by the temperature difference between the equator and the pole.

“When you have the pole warming. We’re seeing the Arctic ice. We’re seeing warmer places in Antarctica. You can see that warming trend there and that can make the jet stream become more wiggly and then can make it become stalled. It shows a big ridge in the west and a big trough in the east. And that’s the stalled pattern that can create these long-duration droughts in the west. It could also create record heat,” said Griffin.

NOAA says 2020 was the second hottest year on record for the globe, just behind 2016.

If the climate continues to warm Griffin says years like 2020 may be considered tame.

“We’re breaking records now and in the last five years. We could be breaking these records again in the next 10 years,” said Griffin.

President Joe Biden’s administration says the climate crisis is a key issue, and has elevated it to a national security priority.

Opponents of these moves, like the American Petroleum Institute, say they will cost American’s their jobs and make the country dependent on foreign gas and oil. Others, like Todd Staples, President of the Texas Oil and Gas Association, say they agree that climate change is important, but the administration shouldn’t exclude oil or natural gas as an energy resource.

“We understand society has concerns about the climate, but our energy choices do not have to be either/or, but rather an all of the above,” said Staples on a call with reporters following President Biden’s announcement last week.

John Paul Mejia is the national spokesperson for the Sunrise Movement, a youth-led progressive group whose goals include stopping climate change and says it can create millions of jobs in the process. He told the ‘Perspective’ podcast the actions that President Biden has taken in the opening days of his administration is a good start, but there is still more to be done.

The Sunrise Movement recently put out a list of their top choices for President Biden’s cabinet. The administration picked New Mexico Representative Deb Haaland for Secretary of the Interior, inline with the movement’s recommendation. Haaland would become the first Native American to run the department if she is confirmed.

The pick is significant because the department once had a role in the forced relocation and oppression of Native Americans.

“We know that she’s a staunch movement ally that we can really expect to be with us over the course of the administration and also a staunch ally for indigenous people who are a core constituency of the Green New Deal,” said Mejia.

The movement does back some of President Biden’s cabinet picks including Gina McCarthy, who became the first-ever White House National Climate Advisor.

Listen to this story on ABC’s ‘Perspective’ Podcast.