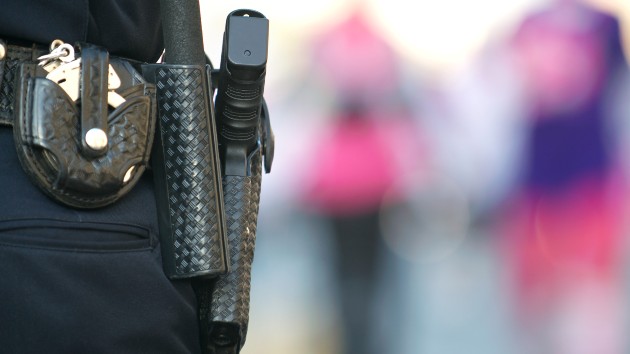 (NEW YORK) — While police oversight boards have been around for decades, a string of high-profile killings in recent years, including George Floyd and Breonna Taylor, have focused greater scrutiny on the use of force and need to hold officers accountable.

The idea behind the civilian oversight of police is to benefit not only those making complaints against officers but the community and even departments themselves. This can work in a number of ways, including providing an independent avenue for complaints, discipline and policy changes, according to National Association for Civilian Oversight of Law Enforcement, a non-profit that works with individuals and police agencies to establish and improve civilian oversight.

Over the years the number of oversight bodies has proliferated, but the number of police killings has remained consistent. Officers are still rarely charged in those cases and police discipline is largely left to the agencies themselves.

So how effective are these civilian groups?

A 2018 Department of Justice report suggested there is little empirical evidence to demonstrate the effectiveness of oversight agencies and a national system is needed to evaluate its impact.

And at times some of these groups have exacerbated tensions among local officials, law enforcement, and activists, as cited in a 2001 DOJ report reviewing citizen oversight.

Others say there is tantalizing evidence that civilian oversight boards can be a factor in reforming police conduct, but they have to be empowered with the right tools and the boards cannot effect change alone, according to experts.

The proliferation of civilian oversight agencies

There are over 160 civilian oversight entities in the U.S., a far cry from the seven oversight agencies that existed in 1975, according to the NACOLE. However, these bodies oversee just a fraction of the nation’s 18,000 police agencies.

Since Floyd’s death in May 2020, at least 24 states and the District of Columbia have passed significant enactments to expand law enforcement oversight, according to the National Conference of State Legislatures.

Civilian oversight bodies come in three main forms: investigatory bodies that look into allegations of police misconduct and operate separately from law enforcement, bodies that review the quality of completed internal affairs investigations and make recommendations and auditor/monitor bodies that focus on large-scale systemic reform and at times participate in or monitor internal investigations.

Despite the increase in the number of oversight bodies, use of deadly force by police continues to rise in the U.S. with an average of 1,000 people killed by police a year since 2013, according to Mapping Police Violence, a group that tracks such reports nationally.

Of police killings from 2013 to 2020, 98.3% of officers involved have not been charged with a crime, the group reported. That includes cases in which shootings were deemed justified.

Currently, there is no standard for how to measure the effectiveness of police oversight, with agencies varying so much in their structure and mandates.

Hans Menos, the former executive director of Philadelphia’s Police Advisory Commission, said essential elements for effective oversight include civilian leadership, a sufficient budget, the power to conduct investigations into officers, direct access to police files, the power to subpoena records and the power to discipline officers.

However, none of the existing oversight boards meet all of those criteria, according to Sam Sinyangwe, the creator of Mapping Police Violence and creator of Campaign Zero, a group that lays out police reform policies to reduce officer violence.

In some cases, oversight groups fail.

In the case of Breonna Taylor, the 26-year-old Black EMT who was fatally shot during a botched drug raid in Louisville, Kentucky, in March 2020, the civilian oversight group did not have the power to investigate her death. The group only had power to review closed police cases and fatal incidents and did not have its own investigatory abilities. Since then, a new civilian review board and office of inspector general have been created to oversee police misconduct and a bill has been proposed to give the new review board subpoena power, according to the Louisville Courier Journal.

Derek Chauvin, the former Minneapolis police officer convicted of murder in the May 2020 killing of George Floyd, had at least 18 prior complaints of misconduct against him in his 19 years at the department, according to Minneapolis Police Department data.

Minneapolis has had civilian police oversight for nearly 25 years and the city’s oversight group came under scrutiny after past complaints against Chauvin came to light. That group is responsible for conducting audits, but has no power over citizen complaints, officer discipline or law enforcement policies. Now the MPD is under a federal “pattern or practice” investigation, which could result in a lawsuit or in a consent decree, which could force the department to adopt reforms and likely beef up oversight.

In 22 states, laws known as an officers’ bill of rights protect officers from investigation and prosecution from conduct during their work and have curtailed oversight efforts, according to the National Conference of State Legislatures. Maryland became the first state to repeal the Law Enforcement Officers’ Bill of Rights in April and enacted new measures to give civilians a role in police discipline.

“Police, police unions and various interest groups that don’t have an interest in accountability, have successfully blocked any type of real civilian oversight from being enacted in almost every turn, in almost every single one of the 18,000 police jurisdictions in the country,” Sinyangwe said.

The Fraternal Order of Police, which represents more than 355,000 law enforcement members nationally, did not respond to ABC News’ request for comment.

Menos, who spent years leading oversight in Philadelphia, said civilian boards can be a key piece of the puzzle in reforming police departments, when implemented along with other measures.

“If we’re going to create change around the country, we have to use all the tools at our disposal,” Menos said.

In some places, oversight, along with other changes, have helped yield remarkable fruit, experts say.

The Oakland Police Department has one of the strongest civilian oversight bodies in the country, experts say, and has reported between 0 to 2 police officer-involved shootings each year from 2016 to 2020, according to data by Mapping Police Violence. Similarly, the Berkeley Police Department in California last reported a fatal police killing in 2010, according to the group’s data.

Having the power to discipline officers is critical in police accountability, Sinyangwe said. But just 6% have the ability to do so, according to a 2016 NACOLE report. San Francisco, Detroit and Milwaukee are some of the cities that have oversight agencies with disciplinary powers.

However, discipline power doesn’t necessarily correlate with lower use of force incidents among officers. According to Police Score Card, a nationwide public evaluation of police departments, both Detroit and Milwaukee use more force per arrest than at least 50% of national police departments.

Focus on the community’s voice is what has led to the success of New Orleans’ Office of the Independent Monitor, which was formed as a civilian police oversight agency after a 2008 referendum vote, according to the group. In 2012, the New Orleans Police Department (NOPD) entered into a consent decree with the U.S. Department of Justice, after a report found widespread excessive use of force and constitutional violations in the agency. The consent decree called for increased oversight and other reforms.

Stella Cziment, the acting independent police monitor, told ABC News her office has made a “huge impact” in changing the police system and “the NOPD has implemented almost all of our recommendations.”

She cited the 2015 formation of the NOPD’s Use of Force Review Board and a policy requiring the NOPD release all body-worn camera footage of officer-involved shootings within 10 days, among other changes.

“There’s still a lot of room for improvement and there always will be. That’s because our community expectations around policing changes, especially in light of incidents, like the murder of George Floyd,” Cziment said.

Homing in on the community’s voice is what activists in Chicago are fighting for now.

In the Windy City, Mayor Lori Lightfoot and activists have put forth competing proposals for a new civilian oversight group. While the city already has the Civilian Office of Police Accountability, which conducts investigations into police misconduct and makes policy recommendations to the Chicago Police Department, activists are demanding a new group with power to hire and fire key figures like the police superintendent. Lightfoot’s proposal would give that power to the mayor.

Jazmine Salas, one of the co-chairs of the Chicago Alliance Against Racist and Political Repression, said though oversight already exists in Chicago, it is akin to “providing window dressing,” referring to the two agencies COPA replaced.

“It’s basically giving the illusion of oversight … the community doesn’t have any real authority over them,” she said. “If we are able to establish civilian oversight, that would create a movement across the nation that would inspire other cities, knowing that change is possible.”

COPA did not respond to ABC News’ request for comment.

Sinyangwe said that while overall numbers of police killings in the U.S. have remained consistent, due to increases in suburban and rural areas, “in big cities, we’re seeing about a 30% reduction in killings by police since 2013,” especially in jurisdictions responding to outcries over police use of force.

There is also proposed federal legislation that could lead to further proliferation of oversight boards.

The George Floyd Justice in Policing Act, which passed in the House and has been stalled in the Senate, would allow the Justice Department to award grants to states to establish citizen oversight entities.

Today, advocates across the country are hopeful that oversight boards could help continue the national reckoning aims to change modern-day policing.

Salas said her organization in Chicago is working with other cities including Tallahassee, Florida and Minneapolis in their bids to create new oversight boards.

“It’s been exciting to really see this national movement for community control of the police really grow,” Salas said. “I have a lot of hope.”

How three states are moving to protect abortion rights after the fall of Roe v. Wade

If your flight is canceled, are you entitled to a refund?