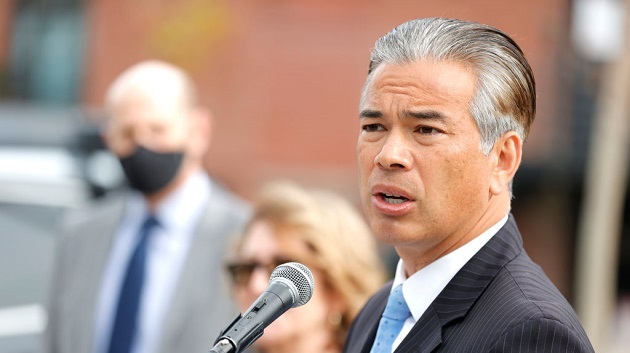 (TORRANCE, Calif.) — Following allegations of excessive force, racist text messages, and discriminatory misconduct, the Torrance Police Department in California is being investigated by the state’s Department of Justice.

“Our communities deserve to know they can get equal justice under the law,” California Attorney General Rob Bonta said in a statement Wednesday. “Police departments are on the front lines of that fight every day as they work to protect the people of our state. However, where there is evidence of potentially pervasive bias or discrimination, it can undermine the trust that is critical for public safety and our justice system.”

Bonta has launched an independent review of TPD “to identify and correct potential systemic failures in the department’s policies and practices.”

Just hours before the attorney general announced the investigation, the Los Angeles Times released a report claiming that officers “joked about ‘gassing’ Jewish people, assaulting members of the LGBTQ community, using violence against suspects and lying during an investigation into a police shooting, according to district attorney’s office records reviewed by The Times.”

The LA Times also alleges that documents obtained through public records requests showed that officers also sent hateful messages about Black people and instructed each other on how to tie a noose.

According to Bonta, TPD Chief Jay Hart requested the help of the attorney general and state DOJ in investigating the issue. The department is cooperating in the investigative effort.

According to the press release, DOJ attorneys and special agents will work with community members, local organizations, officials, TPD, individual officers and more.

“As Police Chief of the Torrance Police Department, I am committed to accountability, and I will not tolerate any form of bigotry, racism, hate, or misconduct,” TPD Chief of Police Jay Hart said in the press release. “In partnership with Attorney General Bonta, I will ensure that needed changes are implemented to regain the public’s trust and confidence.”