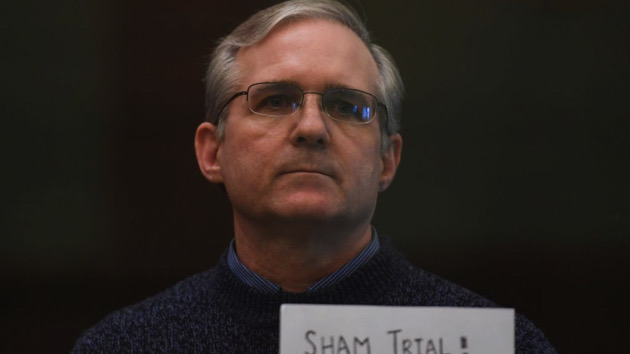 (NEW YORK) — Even though the U.S. successfully negotiated the release of Trevor Reed from a Russian prison, after nearly three years of captivity, the brother of another detained American isn’t sure that his family member will follow suit.

David Whelan, the brother of Paul Whelan, who’s been held by Russian officials since 2019, gave an update on his sibling’s condition to ABC News on Monday.

Paul Whelan spoke with his parents after Reed’s release and said the news was hard for him, according to David Whelan.

“He asked, ‘Why was I left behind?’ And we still don’t really have a good answer for that,” David Whelan told ABC News.

Paul Whelan was discharged from the Marines for bad conduct in 2008 after being convicted of larceny. He later worked as a global security executive for the auto parts supplier BorgWarner.

He was arrested in December 2018 while visiting Moscow for a friend’s wedding and charged with espionage by Russian intelligence officials.

Paul Whelan and American officials have denied the charges.

Paul Whelan, an avid traveler who has Irish, British and Canadian citizenship, visited Russia numerous times in the 2010s, and previously told ABC News he was intrigued by the country’s the language and culture.

In June 2020, Paul Whelan was convicted and sentenced to 16 years in a Russian prison camp. His family has repeatedly called for his release.

Reed was also arrested in Moscow in 2019 after Russian authorities said he struck an officer. Reed and American officials refuted the charges.

Reed’s parents pushed President Joe Biden to bring him back home with a prisoner transfer. Last week, that request was fulfilled.

Joey and Paula Reed, Trevor Reed’s parents, also advocated for Whelan during their discussions with the president and other officials.

David Whelan said now that Yaroshenko has been released to the Russians, he is concerned there are fewer concessions the U.S. can make.

“I think those sorts of negotiations, they take time, and they’re also very sensitive. It’s not just a matter of who’s involved,” David Whelan said. “It’s not really clear what their next steps are going to be.”

Biden has repeatedly called for Paul Whelan to be released and reiterated his commitment to bringing him back last week after Reed was released.

David Whelan said he hasn’t spoken with Biden recently but did talk with U.S. Secretary of State Antony Blinken over the weekend.

“Hearing President Biden last summer in Geneva say that he wouldn’t walk away from Paul’s case, [and] hearing him this week on Wednesday say that he was still going to be working to bring Paul home to his loved ones, that’s really important for us,” David Whelan said. “That sort of outreach, both in private and in public is huge for us.”

The U.S. has also called on Russia to release WNBA star Brittney Griner, who was arrested in Russia in February, right before the invasion of Ukraine, on drug charges.

David Whelan said he hopes the U.S. can bring back American citizens who are in similar situations.

“Paul is one of dozens and dozens who are arbitrarily detained by sovereign nations around the world. And they’re all very tricky, each one.” he said.