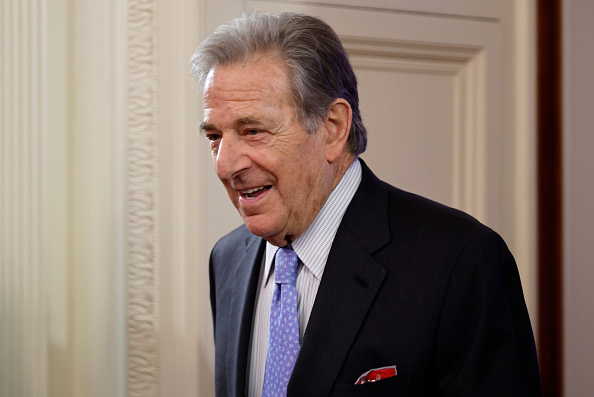 (SAN FRANCISCO) — Paul Pelosi has been released from the hospital, six days after being attacked in his home.

Paul Pelosi, 82, was struck at least twice with the hammer, sources told ABC News, after an intruder broke into Nancy and Paul Pelosi’s San Francisco home on Oct. 28.

He underwent surgery following the assault to repair a skull fracture and “serious injuries” to his right arm and hands and is expected to make a full recovery, the speaker’s spokesperson said.

Nancy Pelosi confirmed in a statement issued Thursday that her husband is now home, “surrounded by his family who request privacy.”

“Paul is grateful to the 911 operator, emergency responders, trauma care team, ICU staff, and the entire [Zuckerberg San Francisco General Hospital] medical staff for their excellent and compassionate life-saving treatment he received after the violent assault in our home,” Nancy Pelosi said in the statement.

“Paul remains under doctors’ care as he continues to progress on a long recovery process and convalescence,” she added.

“What is clear based on the evidence thus far is that this house and the speaker herself were specifically targets,” Jenkins said.

A suspect in the attack, 42-year-old David Depape, now faces multiple state and federal charges in connection with the incident.

According to the federal complaint, DePape allegedly used a hammer to break into the Pelosi residence just before 2 a.m. local time. He then went upstairs, where Paul Pelosi was asleep, and demanded to talk to “Nancy,” according to the complaint.

Nancy Pelosi was in Washington, D.C., with her protective detail at the time, according to the Capitol Police.

Paul Pelosi was able to call 911 after telling DePape he needed to use the bathroom, according to the complaint.

The officers told the men to drop the hammer, at which time DePape allegedly swung it, striking Paul Pelosi in the head. The officers immediately restrained and disarmed DePape, police said.

DePape allegedly later told officers “that he was going to hold Nancy hostage and talk to her,” according to the complaint.

The suspect also allegedly told investigators that he intended to break Nancy Pelosi’s kneecaps if she didn’t tell him the “truth” about “lies told by the Democratic Party,” according to the complaint.

DePape pleaded not guilty to state charges, including attempted murder, residential burglary and assault with a deadly weapon, during an arraignment on Tuesday.

He has been ordered held without bail and a preliminary hearing has been scheduled for Friday. He has yet to be arraigned on federal charges of assault and attempted kidnapping.

Driver arrested after one killed, 16 hurt in Apple store crash in Massachusetts