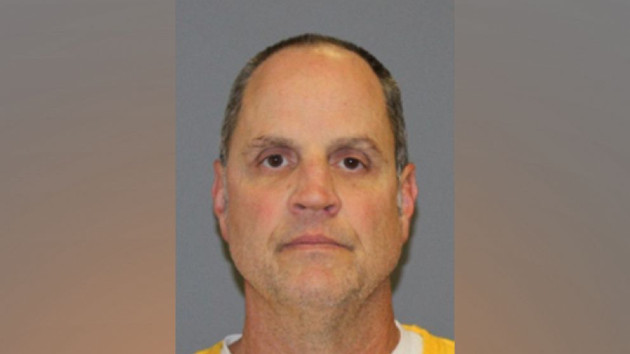 (GRAND JUNCTION, Colo.) — A Colorado nurse was arrested in October for allegedly sexually assaulting patients and documenting the abuse in cellphone videos and photos. Now, two of his alleged victims are suing his former employer for negligence, claiming the hospital should have known about the alleged misconduct.

Christopher Lambros, 61, was arrested on Oct. 25 on suspicion of sexual assault following a months-long investigation that began after a colleague reported seeing the former nurse at St. Mary’s Medical Center in Grand Junction appear to take a “selfie” with a nearly naked female patient, according to a police affidavit.

Detectives said at the time there appeared to be at least three victims, based on photographs and videos found on Lambros’ phone. During a hearing last month, prosecutors said they believe there may be a fourth victim dating back to an incident in March 2016.

Two of Lambros’ alleged victims filed a lawsuit in Mesa County District Court this week against St. Mary’s Medical Center and its parent companies, SCL Health and Intermountain Healthcare. The class-action complaint alleges there could be hundreds, if not thousands, of victims during Lambros’ decade-long tenure at the hospital, and said that investigators recovered four terabytes of data from Lambros’ devices.

He is being represented by an attorney from the Colorado public defender office, which does not comment on criminal cases.

That amount of data is “something like 65,000 hours of cellphone footage or 700,000 cellphone photos,” Omeed Azmoudeh, one of the attorneys representing the plaintiffs, told ABC Denver affiliate KMGH-TV.

In one video from June 24, police said Lambros can be heard whispering to the camera, “Don’t ever get rid of these videos,” and “You need to keep them forever … this is your Dexter collection” — an apparent reference to the TV series about a serial killer, the complaint noted.

“That confirms that nurse Lambros has maintained a very long and large collection of what he believes to be trophies. And what they really are are scars, scars on our patients,” Azmoudeh told KMGH.

Both plaintiffs, who are identified by their initials due to the sensitive nature of the case, allege that Lambros drugged and then sexually assaulted them while they were patients at St. Mary’s Medical Center over the summer.

One of the plaintiffs, M.C., said she was assaulted on July 9 — the day police say a colleague reported Lambros to a supervisor.

“I was his last victim. And thank God for the nurse that walked in on him,” M.C. told KMGH. “She’s my guardian angel right now.”

The complaint alleges that Lambros drugged and assaulted the second plaintiff, J.V., on several occasions while she was in the hospital’s intensive care unit in late June and early July. After regaining consciousness, J.V. told hospital employees and family members that Lambros “‘was a bad man,’ or something to that effect,” according to the complaint.

“I will never know what happened to me exactly,” J.V. told KMGH. “But yes, there were photos and videos. That’s how they identified me.”

The lawsuit, which is seeking unspecified damages, alleges the hospital “knew or should have known of Lambros’ misconduct” due to patients under his care being unconscious for “no legitimate medical purpose” and because there was a surveillance camera in M.C.’s room, among other reasons.

After the July 9 incident, the hospital placed Lambros on administrative leave, removed his access to the hospital and reported the matter to law enforcement, Intermountain Healthcare said. He was fired following his arrest.

Intermountain Healthcare said it cannot offer further details on the matter “out of respect for patient privacy.”

When confronted by police in July, Lambros reportedly denied taking pictures with patients and claimed he was administering an injection for blood clots when the colleague walked in on him, according to the affidavit.

Lambros faces multiple sexual assault charges. He is currently being held on $1 million bond and is due back in court on Jan. 13, 2023, for a review hearing.