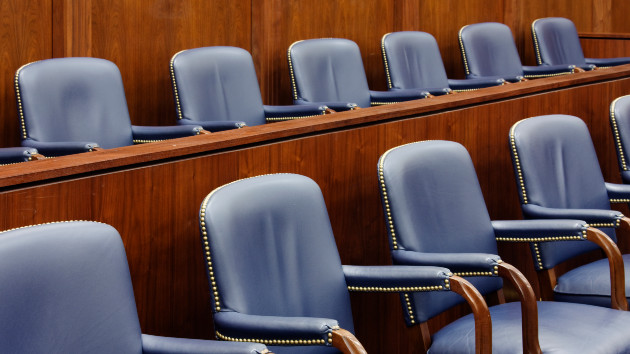 Cruz pleaded guilty last year to 17 counts of first-degree murder and 17 counts of attempted first-degree murder in connection to the Feb. 14, 2018, killing of 14 students and three staff members at his former school, Marjory Stoneman Douglas High School. Among the victims were 15-year-old Peter Wang, an Army Junior Reserve Officer Training Corps cadet who died while helping classmates escape, and 35-year-old Scott Beigel, a geography teacher who was shot dead while shepherding students to safety in his classroom.

This penalty phase trial was to determine if Cruz would be sentenced to death or life in prison for the massacre he committed at age 19. The jury’s decision must be unanimous for the death penalty.

“Jaime imagined she’d be married by 25. I used to think every day about that moment and walking my daughter down the aisle. Becoming a grandparent to the two kids she already decided she was gonna have,” he said.

“What if Jaime wasn’t murdered? What would these moments end up being like?” Fred Guttenberg said. “Not a day goes by where the constant image of Jaime walking down the aisle is not still a part of my daily imagination. Along with that image of what should have been her future, our future together.”

Cruz’s defense attorneys had urged the jury to sentence him to life in prison. The defense admitted Cruz was responsible for his actions and planned the school shooting, but argued Cruz suffered lifelong developmental delays that traced back to fetal alcohol spectrum disorders.

“Sentencing Nikolas to death will change absolutely nothing,” defense attorney Melisa McNeill said in closing arguments. “It will not bring back those 17 innocent victims that he viciously murdered.”

The prosecution, arguing for the death penalty, told jurors that Cruz researched previous mass shootings and planned a “systematic massacre.”

“Some of the remarks the defendant wrote on his YouTube were: ‘No mercy, no questions, double tap. I’m going to … murder children. … I’d love to see the families suffer,"” prosecutor Michael Satz said in closing arguments.

“He’s thinking ahead,” Satz said, by “not only looking to inflict pain” on the victims, but also “anticipating how that pain, fear and death … is gonna affect the families.”