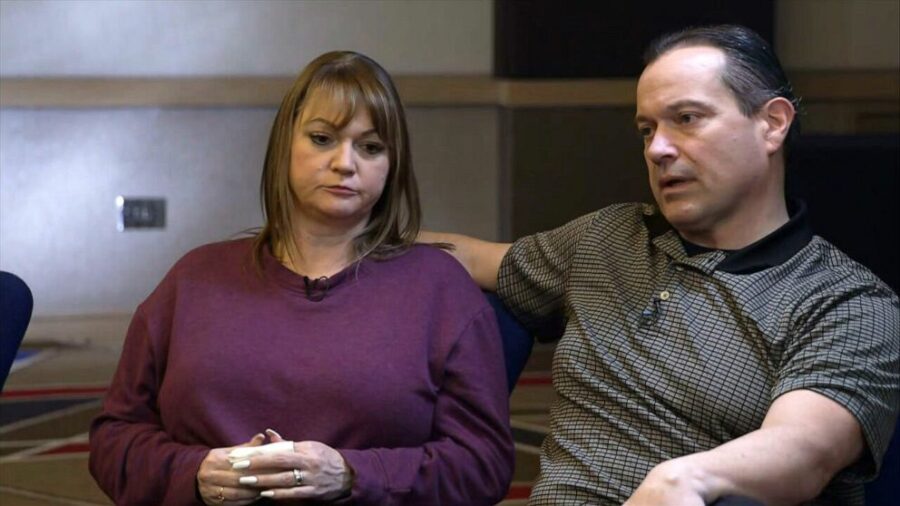 (MOSCOW, Idaho) — The parents of 21-year-old Kaylee Goncalves, one of the four slain University of Idaho students, are desperate for answers as police continue to look for suspects.

Kaylee Goncalves, her best friend and roommate Madison Mogen, another roommate Xana Kernodle and Kernodle’s boyfriend Ethan Chapin were all stabbed to death inside the girls’ off-campus house in Moscow in the early hours of Nov. 13.

“This person went in very methodical,” Kristi Goncalves said. “I think he really thought it out. I think he was quick, I think it was quiet. And he got in and he got out.”

Much of the case remains a mystery, including a motive and how the two other roommates survived.

The surviving roommates, who police said are not suspects, were at the house and likely slept through the murders, according to police. They were on the ground floor while the four victims were on the second and third floors.

Kristi Goncalves said her family has not heard from the surviving roommates since the murders.

“They’re victims, as well. And I’m sure they’re terrified,” she said.

Kaylee Goncalves’ dog, Murphy, was also at the house. Police said when they responded the “dog was found in a room where the crimes had not been committed” and “there was no indication the animal had entered the crime scene.”

Kaylee’s mom said Murphy usually slept with Kaylee or Madison Mogen. Murphy didn’t usually bark, but if locked in a room by the suspect, he’d likely bark, whine and scratch at the door, she said.

“She loved that dog and she took him everywhere,” Kristi Goncalves said.

As police withhold some of their information, Kristi Goncalves said she’s desperate to know: Do authorities have the killer’s DNA? And do police have more information about the white car they’re searching for?

Authorities have said they’re looking to speak with the occupant or occupants of a white 2011-2013 Hyundai Elantra that was in the “immediate area” of the house on the morning of the murders.

The Goncalves’ attorney, Shannon Gray, is acting as a liaison between the family and police.

“When you don’t get information released [from police], as parents…the rabbit hole just gets deeper and deeper about the things you want to look into and ask about,” he said.

“We want to support the investigation,” Gray said. “We’re just hopeful and optimistic that they [police] have taken the right path.”

Moscow Police Capt. Roger Lanier said Monday that police “do have a lot of information” that they’re choosing not to release to the public.

“We’re not releasing specific details because we do not want to compromise this investigation,” he said in a video statement. “We owe that to the families and we owe that to the victims. We want more than just an arrest — we want a conviction.”

Lanier said in a statement Tuesday that the department receives “tips every day that are viable.”

“Those tips help us do everything from clear people…to further some of the theories that we’re working on,” he said. “Eventually we’re going to narrow in on exactly what happened and who did it.”

As the investigation reaches the one-month mark, Kaylee’s dad, Steve Goncalves, urges anyone in Moscow with a surveillance system to come forward. He said he’s worried that, now that a month has passed, some of those key videos could be erased.

“You could save this case,” he stressed.

Police urge anyone with information to upload digital media to fbi.gov/moscowidaho or contact the tip line at tipline@ci.moscow.id.us or 208-883-7180.

Meanwhile, Kaylee and Madison Mogen’s families are planning a joint celebration of life for the two best friends on Dec. 30, where they will share “happy memories,” Kristi Goncalves said.

“They had really positive, good lives, and that’s the message we want,” he said.