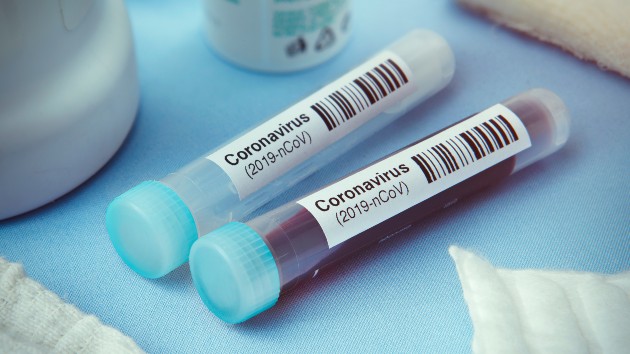 (NEW YORK) — Over 60 migrant children at two California holding centers have tested positive for COVID-19, sparking worry over the health of unaccompanied minors entering the U.S. from across the border.

At the Long Beach Convention Center housing 728 migrant children, 55 of them have tested positive for COVID-19 as of Thursday, Zhan Caplan, spokesperson of the U.S. Department of Health and Human Services, told ABC News. The center has a capacity to hold 1,000 children.

Meanwhile at the Pomona Fairplex site, which began housing migrant children Saturday and currently hosts 216 children, 14 have tested positive for COVID and are being housed separately, local ABC station KABC-TV reported. The site has the capacity to hold about 2,500 children.

Caplan said the Long Beach site conducts surveillance testing of the children every three days and those who test positive are moved to an isolation tent. UCLA Health, the center’s onsite medical provider, cares for the infected kids.

He noted that “almost all” of the kids who tested positive are asymptomatic, “with the exception of one who has very mild symptoms.”

Caplan said COVID-19 at the center “is a very well managed medical situation with full mitigation plans in place.”

Bonnie Preston, regional director at HHS, told KABC most of the COVID-19 cases are among children who arrived to the center with the virus, testing positive when leaving Border Patrol custody. Those children were taken to intake centers in separate vehicles, she said.

“We have a team of infectious disease experts from the (U.S. Centers for Disease Control and Prevention) on site who are working with program leads to implement CDC COVID-19 protocols as the site gears up and the census grows,” Preston said.

The unaccompanied children will be held until they can be reunited with family or placed with sponsors.

There have been other reports of COVID-19 among migrant children. In early April, more than 100 cases were reported at the San Diego Convention Center, which was used to house unaccompanied minors and had reached its capacity of 1,450 kids. Caplan told the Long Beach Post that the facility currently has 30 positive cases.

As of Thursday, there are 23,003 children in CBP custody and HHS care, according to HHS data.

The United States has been grappling with a surge in migrants arriving at its southern border in recent months.

Nearly 19,000 children traveling alone were stopped at the Mexican border in March, surpassing previous highs set during periods of heavy child migration in 2014 and 2019.

To handle the COVID-19 cases among migrants and overcrowded Customs and Border Patrol facilities, HHS has worked with the Centers for Disease Control and Prevention to increase shelter space in existing facilities and by modifying COVID-19 mitigation measures to free up space that was previously left empty for social distancing.