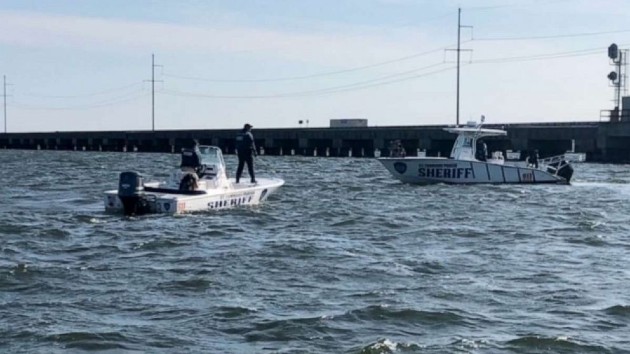 (NEW ORLEANS) — A boater who had been missing in the waters of Lake Pontchartrain near New Orleans was found dead on Sunday after being ejected from a pleasure craft that slammed into a highway drawbridge, authorities said.

The crash occurred about 7 p.m. on Saturday when the boat, with four other people aboard, hit the Highway 11 drawbridge on the northeast side of the lake, according to the U.S. Coast Guard.

A search for the overboard boater was immediately launched as the Coast Guard deployed a 29-foot rescue boat and helicopter crew to the area.

Officials said the Coast Guard station in New Orleans deployed a 29-foot rescue boat and a helicopter crew to assist in the search for the missing boater. The St. Tammany Parish Sheriff’s Office and the Louisiana Department of Wildlife and Fisheries also joined the search.

The search was suspended Sunday when the St. Tammany Parish Sheriff’s Office discovered the missing boater unresponsive around 11:30 a.m., according to the Coast Guard.

Coast Guard officials said the other four occupants of the boat were taken to University Medical Center, New Orleans, including two who were flown there by helicopter, according to the St. Tammany Fire Protection.

The cause of the crash remains under investigation.