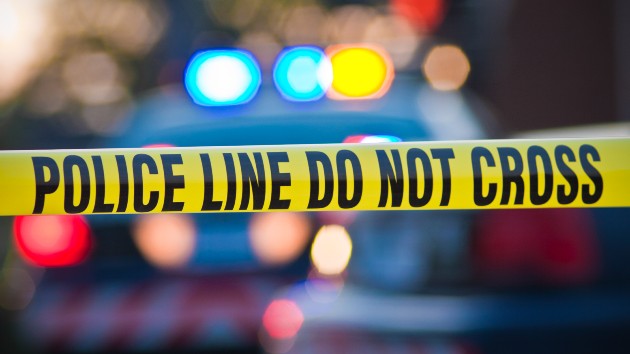 (NEW YORK) — One deputy was killed and another injured while performing a welfare check at a North Carolina home Wednesday, authorities said.

Deputies responded to the home in Boone at around 9:44 a.m. after the homeowner’s employer reported that the person had not reported to work or responded to phone calls, authorities said.

The two deputies were shot by an “unknown individual” upon entering the home, the sheriff’s office said.

One of the officers, identified by authorities as Sgt. Chris Ward, died after being flown to Johnson City Medical Center. The second, identified as K-9 Deputy Logan Fox, was still on the scene. His condition was unknown, authorities said.

The suspected shooter has barricaded themself in a section of the home and periodically fires toward officers, authorities said. Law enforcement has surrounded the home and evacuated nearby residents.

“This is an incredibly tragic situation and our thoughts and prayers are with everyone involved as well as their families and our community,” Watauga County Sheriff Len Hagaman said in a statement.

The names and conditions of any potential civilians involved are unknown at this time, the sheriff’s office said.

Over a dozen law enforcement agencies are aiding the Watauga County Sheriff’s Office at the scene.

“I had just walked out in the yard and heard ‘Bang, bang, bang, bang,"” Wiley Brown told ABC Charlotte affiliate WSOC-TV. “I really didn’t know what it was.”

WSOC captured at least three ambulances responding to the scene, as well as a medical helicopter.