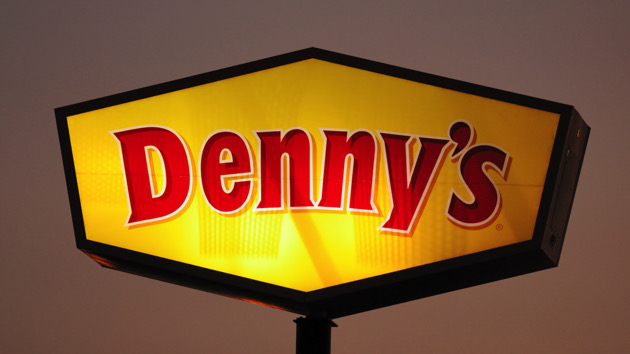 (ELIZABETHTOWN, Ky.) — One person has died and two others were injured after a Denny’s sign fell and crushed a car in Elizabethtown, Kentucky, officials said.

Officials received a call at around 1:30 p.m. about the incident, and the Hardin County EMS and fire department responded to the scene, he said.

Two victims were taken to Baptist Health Hardin hospital, and a 72-year-old woman with more severe injuries was taken to the University of Louisville, where she later succumbed to her injuries, Denham said.

The other victims are being treated at Baptist Health Hardin.

The investigation is ongoing and in its early stages, Denham said.

ABC News has reached out to Denny’s.