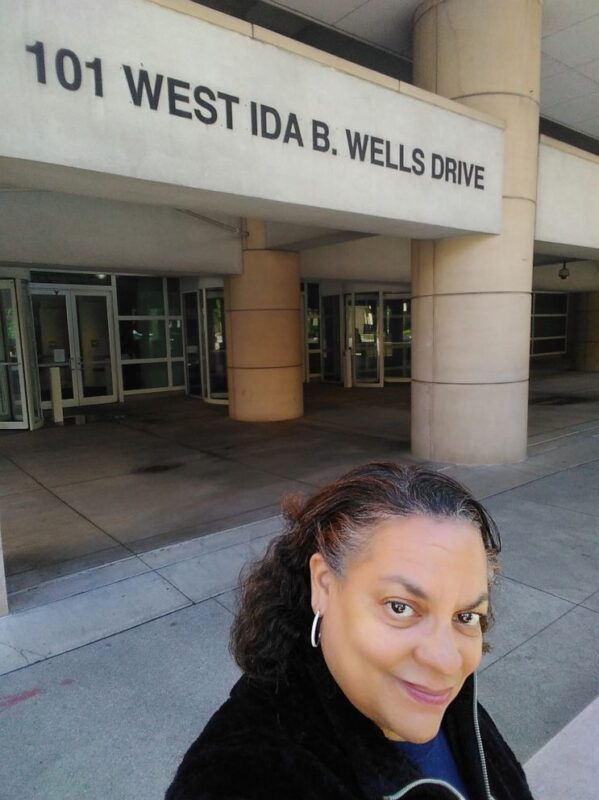 (NEW YORK) — For enslaved Africans in America, the idea of freedom was just a dream.

After hundreds of years of struggle, first for freedom, and then civil rights, the date marking the official end of slavery in 1865 — June 19 — was declared a federal holiday.

As the nation prepares to observe Juneteenth for the first time, ABC News spoke to descendants of leaders in the Black community including those of abolitionist Frederick Douglass; educator and reformer Booker T. Washington; journalist and activist Ida B. Wells; and civil rights leader Malcolm X — who say their ancestors risked their lives for the rights of future generations.

They said they are trying to honor their ancestors’ legacies by writing and teaching about lesser-known or repressed parts of U.S. history and establishing new initiatives to educate the next generation properly. In doing so, they have become what they say had been their ancestors’ wildest dreams.

Douglass and Washington, the co-founder of Tuskegee Normal and Industrial Institute, now Tuskegee University, both advocated for the education and the advancement of African Americans.

In 2007, inspired by a National Geographic cover story exploring modern-day slavery, Morris Jr. and other members of the Douglass family launched the nonprofit Frederick Douglass Family Initiatives, an organization dedicated to educating students on human trafficking and racial equity.

“I understood that I had this platform that my ancestors had built through struggle and sacrifice, and perhaps we could leverage the historical significance of my ancestry to do something about this issue,” Morris Jr. explained.

After the end of slavery, Black Americans would face more struggles in their fight for freedom and equality.

Born into slavery in Mississippi, Wells was just a few months old when slaves were freed. A journalist, educator and suffragist, she became a critical voice during the Reconstruction era by uncovering the horrific wave of lynchings in the South at the time. In 2020, Wells was awarded a posthumous Pulitzer Prize for her coverage of the lynchings.

“She decided to use her voice as a journalist in order to expose these atrocities that were happening to the Black community,” Duster told ABC News.

In early 2021, Duster, an author, and activist, published “Ida B. the Queen: The Extraordinary Life and Legacy of Ida B. Wells.” The book highlights the obstacles Wells overcame, including the overwhelming racism and sexism she experienced from white women leaders while organizing the suffrage movement.

“She spoke truth to power. And there is truth to be told. The way that people have contributed to this country absolutely needs to be part of our whole country’s narrative, and we can see right now that there’s a lot of pushback regarding that concept,” Duster explained.

Ilyasah Shabazz, the third daughter of six from Malcolm X and Dr. Betty Shabazz, recalled America’s radical depiction of her father following his assassination in 1965.

Malcolm X, an activist and religious leader gained prominence during the civil rights movement. He advocated for freedom, justice and equality “by any means necessary,” a motto he coined during a 1964 speech in Harlem, New York and a position that branded him as a dangerous radical.

“This false image that was made of him was so inaccurate and it is the reason why I set out to do my books,” Shabazz told ABC News. Shabazz, an author and educator, has published several children’s books exploring the life and legacy of her parents, including her latest book, “The Awakening of Malcolm X.”

“I used to have a fear of speaking, but I pushed through it, because I wanted to make sure that his information was accurate…so that his legacy could be realized by future generations,” Shabazz explained.

Morris Jr., Shabazz, and Duster said that understanding the full scope of America’s history, including its darker moments, is still a work in progress but the platforms they are using allow them to help educate the masses.

“The omission of Black, Indigenous, Brown, Asian and Latin history is not accidental,” says Shabazz. “It is now our opportunity to address these systemic injustices.”

A challenge to that educational process comes as some states seek to limit the discussion of the impact of racism in American history.

“This sort of attitude that we don’t want this type of information to be included in our dialogue and in curriculum, these are some of the same challenges that my great-grandmother was dealing with,” Duster added.

Still, there are signs of hope, the descendants said.

Like millions across the country, Morris Jr. witnessed what he called a major shift in America — a racial awakening as massive crowds around the world took to the streets to protest as part of the Black Lives Matter Movement.

“My father said it would be this young generation who would recognize that those in power have misused it and demand change and that they would be willing to roll up their sleeves and do the necessary work to ensure this change,” Shabazz said.

Now, as the country marks Juneteenth as an official holiday and millions take a moment to celebrate freedom, these descendants remind us that the fight for fulfillment is still a work in progress.

“What I’m hoping that people in the future will know about myself and every generation that came before me is that we did the best we could, with what we had to work with; we took advantage of opportunities that were available during our lifetime and tried to make the world a better place, so that the next generation could have even more opportunity, freedom, justice and equality,” Duster said.

ABC News’ Soul of a Nation’s Special, ‘Juneteenth: Together We Triumph’ is available on Hulu.