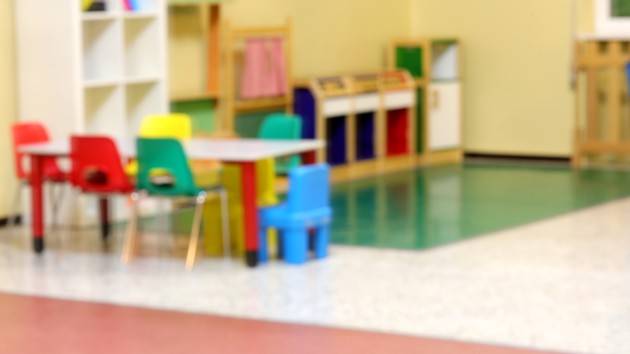 (OMAHA, Neb.) — At least 100 coronavirus cases have been linked to a day care center in Omaha, Nebraska, including some from the U.K. variant, health officials said.

The Rosewood Academy Childcare and Preschool was shut down last week following confirmation of the first few cases, according to the Douglas County Health Department.

As of Sunday, more than 100 COVID-19 cases were linked to the initial outbreak, and testing has shown that some were caused by the U.K. variant, a health department spokesman told ABC News.

“This points out the need to be vigilant about non-pharmaceutical interventions and get child care workers vaccinated,” the spokesman said in a statement to ABC News.

The spokesman couldn’t give an exact figure on the U.K. variant cases because Nebraska does not do the genomic sequencing on every sample.

In a statement to ABC affiliate KETV, a spokesperson for Kelli Hansen, the owner of the day care, said staff and children were among the infected.

Mandy Evert, a mom whose 4-year-old daughter attended Rosewood, told KETV that the child tested positive for COVID-19 at the beginning of March.

Evert said her daughter showed symptoms similar to a sinus infection and had a mild fever.

“We don’t know what the effects are going to be on my child years from now and that’s really where my concern is,” Evert said.

The school is cooperating with health officials, the health department spokesman said.

The spokesperson for the school told KETV that the school took strict safety measures to prevent coronavirus spread, and is asking all infected staff members and students to quarantine.

“Rosewood Academy Childcare and Preschool will continue to work closely and cooperate with the Douglas County Health Department to monitor this situation and encourage families and staff to get the vaccine as quickly as they are able,” the spokesperson said in a statement.

Nebraska’s seven-day average of new daily coronavirus cases has plateaued at around 270 in March, according to the state’s Health Department.

As of Sunday, roughly 20.8% of the state’s total population of 1.48 million has been fully vaccinated, according to state data.