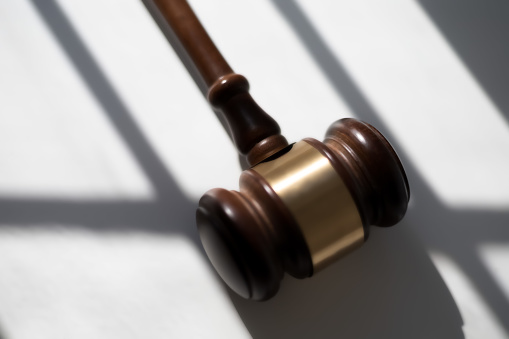 (NEW HAVEN, Conn.) — The five New Haven, Connecticut, police officers charged in the case of Randy Cox, a Black man who was paralyzed while being transported in custody, appeared in court for the first time Thursday.

They were expected to be arraigned but instead, the judge transferred their cases to New Haven County Court. The officers’ next court appearance will be on Jan. 11, ABC local affiliate WTNH reported.

Cox, who is paralyzed from the chest down, was not present in court Thursday. His lawyer Jack O’Donnell said he wished to be there but “logistically it was too difficult.”

The charges stemmed from a June 19 incident when New Haven officers arrested Cox for criminal possession of a firearm and breach of peace. Surveillance video shows the officers then placed Cox in the back of a police van without seatbelts. During an abrupt stop, Cox was thrown headfirst into the back wall of the van.

Though Cox repeatedly asked for help, saying he couldn’t move, the officers did not immediately render him medical aid and allegedly assumed he was drunk when they arrived at the police station.

The video footage also shows the officers dragging Cox by his feet and throwing him into a wheelchair, which his lawyers said could have exacerbated his already life-threatening injuries.

Cox filed a $100 million federal lawsuit against the city of New Haven and New Haven Police Department officers in September.

Cox’s family and lawyers said his doctors determined he will never walk again and, as of last week, will continue to require assistance with eating, drinking, bathing, and other basic needs.

The city launched an internal affairs investigation into the incident and will determine whether to recommend the officers, who are currently on paid administrative leave, be fired from the New Haven Police Department.

The U.S. Department of Justice announced in July that it’s also closely watching the investigation.

The case has prompted reform promises from New Haven mayor Justin Elicker and police chief Karl Jacobson, including new policies aimed at enhancing safety protocols during the transportation and detention of individuals, particularly those in need of medical attention.