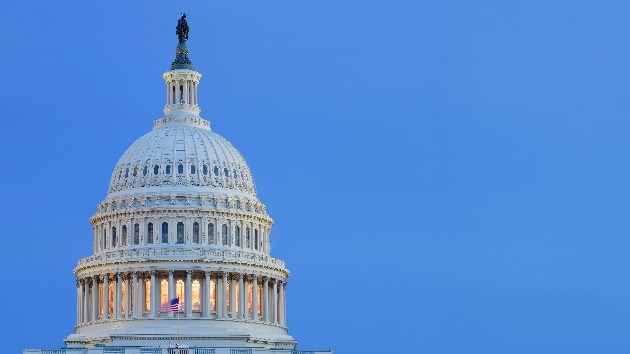 (WASHINGTON) –U.S. Capitol Police Officer William “Billy” Evans, who died in the line of duty April 2 when a car struck him and then rammed into a barricade, will lie in honor Tuesday in the Capitol Rotunda.

“In giving his life to protect our Capitol and our Country, Officer Evans became a martyr for our democracy. On behalf of the entire Congress, we are profoundly grateful. It is now the great and solemn privilege of the House of Representatives and the Senate to convey the appreciation and the sadness of the Congress and Country for the heroic sacrifice of Officer Evans with a lying-in-honor ceremony in the U.S. Capitol,” Pelosi and Schumer said in a joint statement about the ceremony last week.

Earlier this week, Senate Minority Leader Mitch McConnell also praised Evans, saying he was a “friend and favorite of many here on the Senate side” during a floor speech.

“Officer Evans was famous within the Senate for his friendly spirit and easy manner. His particular post often meant he was literally the first line of defense of the Congress, the interface between these grounds and the outside world. We could not have had a kinder, more likable ambassador at this junction or a more faithful protector to keep us safe,” McConnell said. “It will be with tremendous grief but tremendous gratitude that we will walk Officer Evans through the Capitol for the final time tomorrow where he will lie in honor in the rotunda.”

Evan’s family released a statement last week saying that the death “left a gaping void in our lives that will never be filled.”

“The absolute most important thing in his life were his two children, Logan and Abigail,” the statement says. “His most cherished moments were those spent with them – building with Lego, having light saber duels, playing boardgames, doing arts and crafts and recently finishing the Harry Potter series. He was always so eager to show how proud he was of everything they did. Any opportunity to spend time with his children brightened both their lives and his. Their dad was their hero long before the tragic events of last week.”

His family recounted his warmth, and how “funny and caring” he was, and said that he “relished bringing people together.”