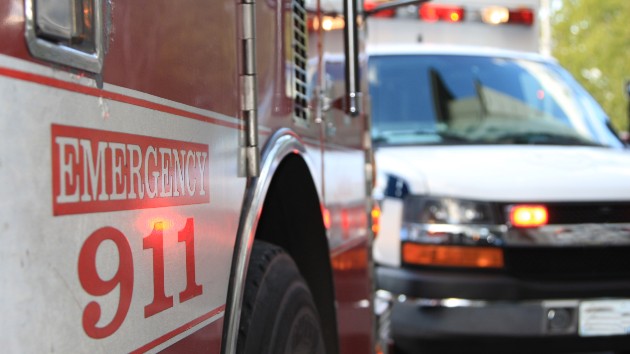 (NEW YORK) — An off-duty firefighter and his family are being commended for rushing to render aid to a shooting victim in Tennessee.

Capt. Brad Petty of the Chattanooga Fire Department was driving with his family on their way home from his son’s wrestling tournament on Saturday afternoon when they saw a car swerve off to the side of Interstate 24 in Rutherford County near Murfreesboro, about 34 miles southeast of Nashville. A man jumped out of the car and began frantically waving for someone to stop, according to the Chattanooga Fire Department.

“When I saw the panic in that man’s face, I knew I needed to stop and do what I could,” Petty said in a statement Sunday.

Petty pulled over to help and found a young woman suffering from a gunshot wound to the head. She was traveling with her siblings when someone shot into their car, striking her in the backseat, according to the Chattanooga Fire Department.

Petty opened her airway and used her brother’s shirt to apply pressure to her wound. Meanwhile, Petty’s daughter, who is a trained lifeguard, relayed information to a 911 dispatcher and helped keep the victim’s siblings calm, according to the Chattanooga Fire Department.

The victim was flown to a hospital and her condition was unknown, according to the Rutherford County Sheriff’s Office.

Petty’s family captured video of the air ambulance preparing to land on the highway to transport the victim.

“I’m just glad we were in the right place at the right time,” Petty said. “I ask for prayers for the victim and her family.”

That section of the highway was closed for several hours while authorities investigated the incident, which the Rutherford County Sheriff’s Office described as “a potential road rage shooting.”

“Detectives are still following leads in this shooting,” the sheriff’s office said in a statement Sunday. “This remains an active and ongoing investigation.”