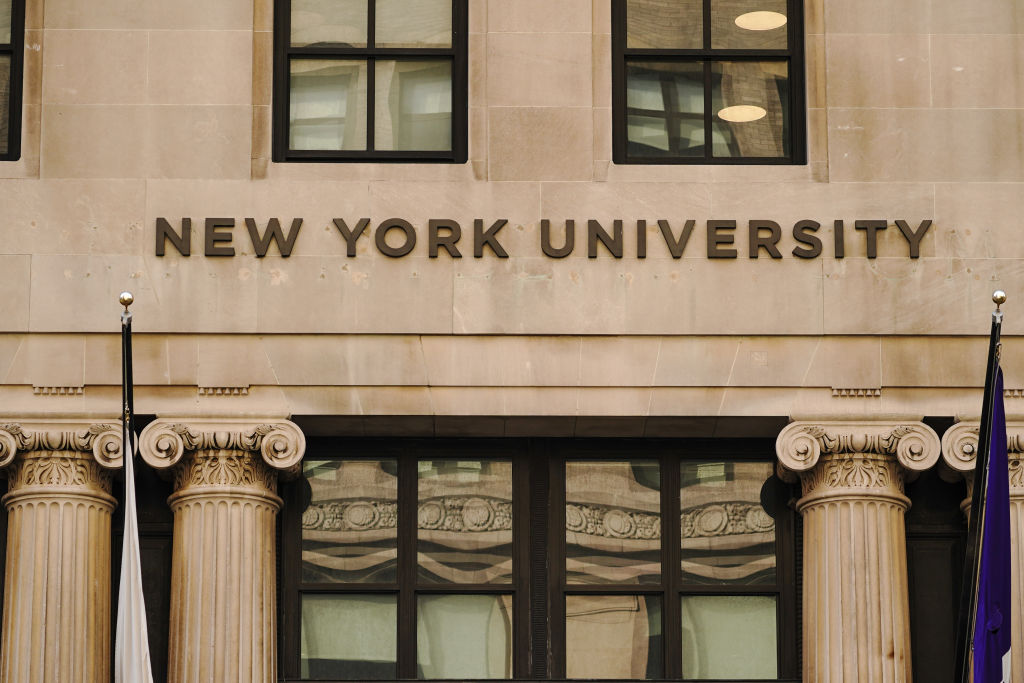 (NEW YORK) — Backlash erupted this week against New York University’s Grossman School of Medicine in response to reports the school is in discussions to hire Dr. David Sabatini, a biologist who is facing accusations of sexual harassment.

Sabatini resigned from the Massachusetts Institute of Technology earlier this month after a review by his department head, the dean of science and the provost recommended his tenure be revoked due to his violation of MIT’s policy on consensual relationships, according to a letter MIT President L. Rafael Reif sent to faculty.

“The Committee also had significant concerns regarding his unprofessional behavior toward some lab members,” the letter added.

Members of the NYU community, including its union for graduate workers, a group for women in STEM and a group of STEM researchers planning on forming a union organized a protest against Sabatini’s hiring on Wednesday.

Downtown at NYU but still want to join the protest tomorrow? Nyu students are walking out at 1:15 to join our colleagues uptown at Langone. Meet in front of @nyusilver to take the subway to the 2pm protest. @nyustudentgov @nyuydsa @nyuresearchers pic.twitter.com/lDylJMmnqk

The groups also started a petition which had gathered over 300 signatures by Thursday afternoon.

“To hire David Sabatini as a faculty member is to put his work above the safety of the women in NYU’s community. It is additionally completely hypocritical to the DEI efforts that NYU have made in the past two years,” the petition reads.

“We, the undersigned, collectively condemn NYU for the immense harm already done by even considering Sabatini’s employment,” the petition added.

Signatories also pledged that until Sabatini is removed from consideration, they will not give or attend any talks, seminars, conferences or symposia hosted by NYU Langone Health, the academic medical center that comprises the school of medicine. They also vowed not to teach any courses at NYU Langone or collaborate with any labs at NYU Langone.

News that Sabatini may be hired by NYU was first reported on science.org, which also reports that Sabatini has been forced out of or fired from three leading institutions for sexual harassment or for violating workplace or consensual sexual relationship policies.

In response to the allegations made at MIT, Sabatini told ABC News, “Although I have taken full responsibility for having had a consensual personal relationship with a professional colleague, the outcome thus far has been out of all proportion to the actual, underlying facts. As I have maintained consistently from the start, I differ sharply with the way this matter has been characterized and I intend to set the record straight and stand up for my integrity.”

In an email sent to staff last August, Dr. Ruth Lehmann, the director of the Whitehead Institute for Biomedical Research, a nonprofit research lab affiliated with MIT, said an investigation by an outside firm found that Sabatini violated the institute’s policy on sexual harassment and other policies related to research misconduct, according to science.org.

Sabatini is suing the Whitehead Institute for Biomedical Research, Lehmann, and the woman who accused him of sexually harassing her. Sabatini claims he was in a consensual relationship with the accuser.

Among the claims Sabatini made in the lawsuit filed in October was that the investigation Whitehead conducted was a “sham” and was flawed.

He also alleged that claims made by the woman that he was sexually harassing her are “fabricated” and that his relationship with the woman was consensual. Sabatini also accused the woman of being “determined to destroy” him, he alleged in the lawsuit.

Sabatini claimed the woman and her attorney pressed Lehmann and Whitehead to conclude that Sabatini engaged in misconduct and terminate him on that basis.

The woman also alleged in the suit that Sabatini created a work environment where to get ahead and gain his approval, undergraduate and graduate students and postdoctoral fellows were to “indulge a highly sexualized lab environment.”

The woman alleged that more than once, when women joined the lab, “Sabatini tried to engage them in unwelcomed discussions about their private, sexual lives and he groomed them, exploring just how far he could go with those under his authority,” in the suit. Those who do not participate were either cast aside or “embarrassed until they, at least, played along,” the countersuit alleges.

She said she suffered financial losses, reputational harm, pain and suffering and emotional distress due to Sabatini’s retaliatory behavior against her claims.

Sabatini allegedly interfered with the investigation “as reflected in ‘numerous’ reports from those interviewed, resulting in investigators’ making ‘negative credibility determinations about … Sabatini and support [of] another finding of misconduct,” lawyers representing the woman told ABC News in a statement, citing the investigation’s findings.

Lawyers for Whitehead and Lehmann claimed, in a court filing, that Sabatini’s lawsuit was a “direct attack” on what was then a pending investigation at MIT.

Whitehead in the filing, said the investigation, conducted by the law firm Hinckley, Allen, was initiated after it received “concerning information” in an anonymous survey. Whitehead also noted that there were claims by other men and women who raised concerns about his conduct and the environment of his laboratory to independent investigators.

Sabatini said the NYU community’s concern is based on a misunderstanding.

“The concern is based on a misunderstanding of what happened in Boston regarding a romantic relationship I had with a 30-year-old principal investigator who had her own separate lab,” Sabatini said

He added, “Female students and scientists deserve support and a lab environment free from inappropriate conduct, which I firmly believe I provided.  I only want a fair assessment of the facts of the situation and to get back to work.”

Sabatini said he understands the NYU community’s concern over his hiring.

“I have mentored dozens of women who succeeded professionally and personally. I understand how upset many in the NYU community who have not heard all of the facts are about the possibility that I might join the faculty there,” Sabatini said.

NYU Langone said Thursday that it has not yet come to a decision on whether it will offer Sabatini a position.

“We are taking a thorough look at the full set of facts and circumstances involving his tenure and departure from MIT,” NYU Langone said in a statement.

NYU Langone said accomplished and upstanding scientists who worked with Sabatini for years have given a different account of what happened at MIT.

“A main reason for that examination is that, by all accounts, there were many pertinent aspects of the matter that were never publicly disclosed. For example, we have heard directly from dozens of Dr. Sabatini’s peers and colleagues describing a first-hand view that is starkly at odds with the investigation and its outcome,” NYU Langone said.

It added, “The investigation itself is now the subject of litigation, which details a variety of alleged procedural flaws.”

NYU Langone also said it would take into consideration protests from the community over his potential hiring.

“We do not wish to dismiss anyone’s viewpoint and indeed the feedback from our community that we have sought out and are hearing is being thoughtfully included in our considerations. We would never make any hiring if we thought it would place our personnel at any risk or compromise in any way our commitment to hiring people of the highest integrity and professionalism,” NYU Langone said.

‘Primary suspect’ arrested in murders of 4 Muslim men in Albuquerque