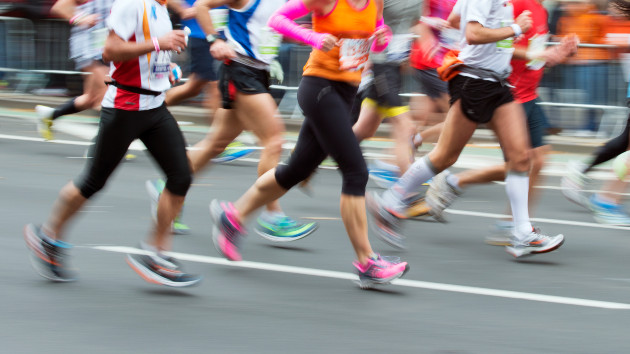 (NEW YORK) — New York City Marathon runners are in for a shock, as the forecast for the Sunday race shows unseasonably hot and humid conditions with parts of New York City potentially reaching up to the mid-70s.

The organization hosting the race, the New York Road Runners (NYRR), has put out a warning for runners as they take their final steps in preparing for the 26.2-mile course.

“Start the race well hydrated and remember to drink fluids when you are thirsty,” the email to runners read. “Fluid stations are located throughout the course and handheld and waist hydration packs are permitted.”

The runners are also mentally preparing for the unexpected heat.

Tatyana McFadden, a five-time TCS New York City Marathon champion and 20-time Paralympic medalist, told ABC News that she’s been focusing on her hydration in the days before the race.

The race starts at approximately 8 a.m.

“Take your hydration seriously … You’ll be probably a lot more dehydrated, much more than probably your runs you had a couple of weeks ago. Key in that hydration and rest leading up to the marathon,” McFadden added.

Olympian and America’s marathon record-holder Daniel Do Nascimento told ABC News that he thought he expected to be cold for the race — but got lucky with the burst of heat that he’s used to being in.

“When I saw that it was going to be hot, it’s a great opportunity for me because I’m from a tropical country that’s so hot,” said Do Nascimenti, from Brazil.

However, he’d been training in Kenya though, which has a cooler climate.

NYRR gave runners some tips for racing on a day like the warm and humid one runners should be expecting this year.

They suggest wearing light fabrics, and don’t start off the race too fast. Also, if you start to heat up, they urge runners to slow down their pace.

“If you feel faint, dizzy, disoriented, or your skin is clammy and abnormally hot or cold, slow down or stop running,” race organizers recommend. “If symptoms continue, stop running and seek help at a medical station (located every mile starting at mile 3).”

“Be aware that you may not be acclimated to the weather we expect on Sunday,” the email read.

Medical, food, misting and fluid stations will be located throughout the marathon course.