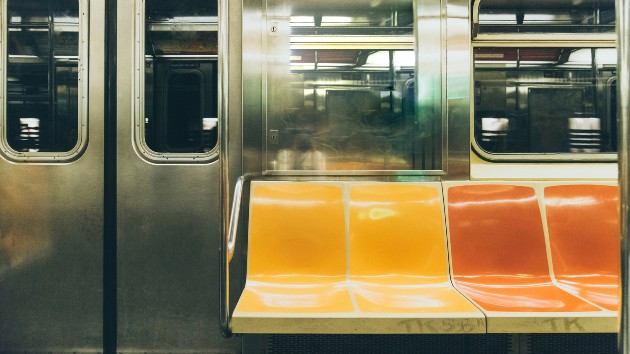 (NEW YORK) — More than 600 New York City uniformed police officers are being deployed to patrol the subway system in the wake of last week’s deadly stabbings.

Two people were killed and four were injured in a rash of stabbing attacks over the weekend. All of the victims appeared to be homeless.

“Mayor de Blasio and Governor Cuomo need to respond not with more stigmatization and callousness toward people without homes, or heavy-handed police removals, but with real and immediate access to housing for unsheltered New Yorkers,” Giselle Routhier, policy director at the Coalition for the Homeless in New York, told ABC News.

She pointed out that officials have promised time and time again to prevent violent crimes like last weekend’s stabbings from occurring.

“These devastating attacks are a reminder that failing to offer the dignity and safety of a real home during this historic pandemic is literally a matter of life and death,” she added.

The Salvation Army Greater New York Division also slammed the move to increase the number of officers on subways.

“The vast majority of unhoused people are peaceful and penalizing poverty will not solve the homeless crisis in New York City,” a Salvation Army spokesperson told ABC News.

The organization said a more effective solution to protecting the vulnerable homeless population is to allocate funds to “expand safe, non-congregate housing for people experiencing homelessness” that will “restore safety and dignity to all.”

The Metropolitan Transportation Authority (MTA) closed the subway overnight during the pandemic, essentially kicking out homeless people who often flock to subway stations for warmth in the cold winter months.

Homeless man Rigoberto Lopez, 21, was arrested and charged with the murder of two people on the A subway line last weekend.

Other violent incidents have also been reported over the past few months.

Last week a man was stabbed on the 1 train platform at the Christopher Street station in Manhattan and in January a person was caught on body camera footage trying to shove a woman in front of a moving train.

O’Reilly said the new group of patrol officers include 331 Transit Bureau officers and 313 Patrol Bureau cops and they’ll be spread out across the subway system, especially for morning and evening rushes.

She assured the public the Big Apple’s public transit system “remains one of the safest large transit systems in the world,” adding, “When a crime does occur, our officers move swiftly to make immediate arrests.”

The influx of officers is still less than the additional 1,000 officers the MTA asked for.