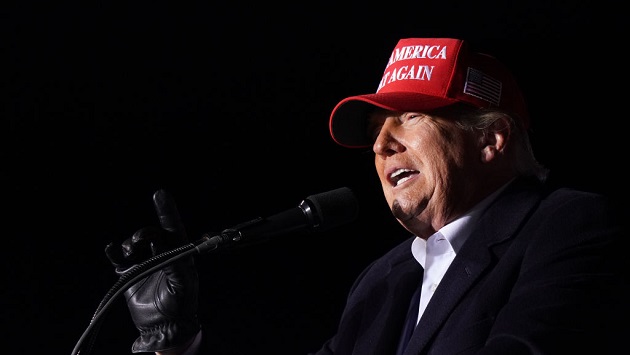 (NEW YORK) — The New York Attorney General’s office is urging an appellate court to enforce a subpoena that requires former President Donald Trump and his two eldest children to testify in a civil investigation that’s examining whether there has been fraud within the Trump family real estate business, according to a new court filing.

The former president and his eldest children, Donald Trump Jr. and Ivanka Trump, have asked the Appellate Division’s First Department to quash the subpoenas, arguing they became improper once the Manhattan District Attorney’s office opened a parallel criminal investigation.

“Nothing in the law supports that outcome, which would impermissibly constrain the discretion of the Attorney General, New York’s chief law enforcement officer, to select from among the investigative tools and remedies conferred on her by statute,” Eric Del Pozo, the deputy solicitor general, wrote in a motion filed Tuesday. “Civil subpoenas do not compel appellants to provide information that may be used against them in a future criminal case.”

The Trumps have also argued the subpoenas result from an investigation driven by the political animus of New York Attorney General Letitia James, which her office rejected.

“Office of Attorney General’s civil investigation began after a corporate insider gave sworn testimony that the Trump Organization had engaged in widespread fraud,” the filing Tuesday said. “That fact, along with the substantial evidence collected to date of possible business fraud, amply supports Supreme Court’s finding that the civil subpoenas are part of a valid and well-founded investigation rather than a product of political animus.”

Michael Cohen, Trump’s former personal attorney, testified to Congress in 2019 that the former president valued his real estate holdings differently depending on whether he was seeking loans or tax deductions.

Cohen provided Congress with copies of Trump’s financial statements that he said misrepresented the values of Trump assets to obtain favorable terms for loans and insurance.

“So far, the investigation has uncovered significant evidence potentially indicating that, for more than a decade, these financial statements relied on misleading asset valuations and other misrepresentations to secure economic benefits—including loans, insurance coverage, and tax deductions—on terms more favorable than the true facts warranted,” according to the filing Tuesday.

Trump, in a statement last month, blasted the probe following a ruling by Judge Arthur Engoron of the New York State Supreme Court that the Trumps must testify.

“She is doing everything within their corrupt discretion to interfere with my business relationships, and with the political process,” he said of James. “It is a continuation of the greatest Witch Hunt in history — and remember, I can’t get a fair hearing in New York because of the hatred of me by Judges and the judiciary. It is not possible!”